SPOTTED: Guilderland scores seven in the fifth to beat Bethlehem 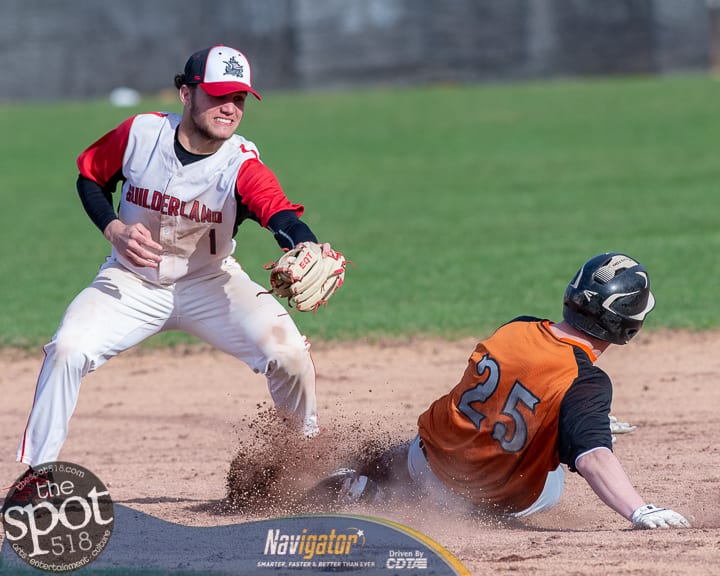 GUILDERLAND — The Dutchmen scored seven runs in fifth inning to beat the visiting Eagles from Bethlehem on Tuesday, April 16, by a count of 12-8.

Both teams were unbeaten this season play heading into the Tuesday’s game.

Bethlehem, (4-1) had scored three runs in its top half of the decisive fifth inning to tie the score before Guilderland (4-1) sent 11 men to the plate in the bottom half.

Bethlehem made a run of it in the top of the seventh, and scored three times, but Guilderland closer Andrew Czekay came in for the last outs of the game.

Dylan Jones picked up the win for Guilderland and Dillon Sheridan relieved before Czekay came in. The two combined to give up eight runs on 15 hits while striking out six and walking one.

Marko Gibbons started the game for Bethlehem and he was relieved by Brett Berben. They gave up 12 runs on 10 hits while striking out seven and walking four.

On Wednesday, April 17, Bethlehem will host Ballston Spa and Guilderland will play at Shaker.

LETTER to the EDITOR: Colonie Planning Board should vote no