SPOTTED: Bethlehem scores four in the third to skate away from Shaker Colonie 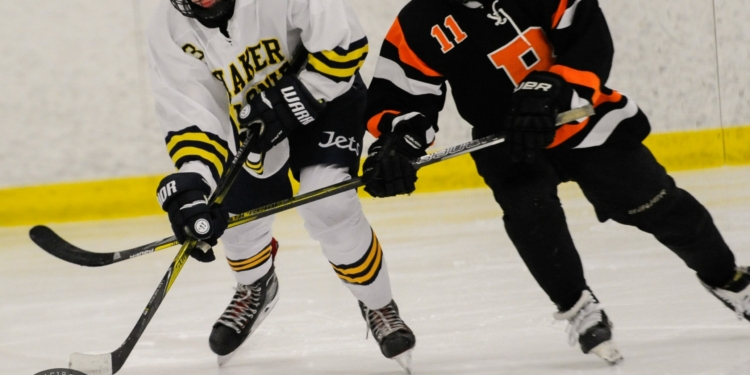 COLONIE — The Shaker-Colonie Jets made a game of it on Friday, Jan. 11, but Bethlehem poured it on in the third period and skated away with an 8-3 win.

Bethlehem jumped out to a 3-0 lead after one, but The Jets scored twice in the second and were down 4-2 after two. The Eagles, though, scored four in the third to handily win the Capital District High School Hockey League matchup at the Albany County Hockey Facility.

Michael Bievenue scored all for Eagle goals in the third, while Connor Carroll had two goals and three assists for Bethlehem (6-2, 11-2.) Justin Chenaille had a goal and two assists and Ben LaVigne had a goal and an assist.

For the Jets (0-8, 0-12.) Scott Matson had two goals and Johnny Ely had the other. Tristan Shelhamer recorded two assists while David Clemenzi and Noah Savisto had one each.

Phil Ryan had a busy night in net for The Jets making 45 saves, and Heikki Levasalmi had 21 for Bethlehem.

SPOTTED: Shaker girls score 30 in the third to beat Guilderland