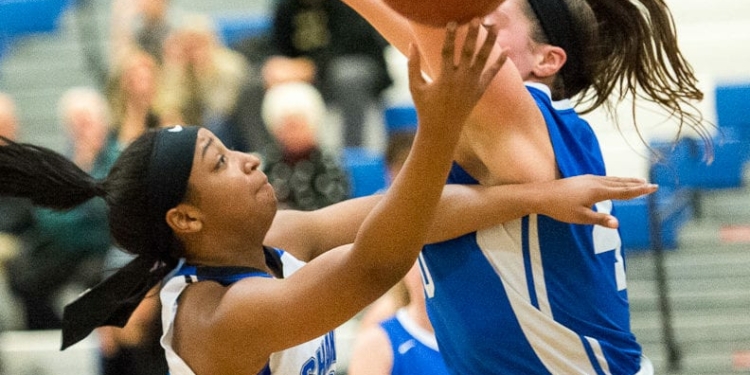 COLONIE — The Saratoga girls squad rolled into Shaker High on Friday, Dec. 7, and walked away with a 55-33 win.

The Bison, under new head coach Jaimee Shipley, is 1-2 in Suburban Council play and 2-2 overall. Saratoga remains undefeated and atop the Blue Division with a 3-0 and 3-0 record.

Shaker, which only has two seniors on the team, was led by junior Jules Debeatham with 10 points, while sophomores Sole Carrington and Maddisyn Mahoney had five each. Kaelah Carter had four, Kelly Kirker had three and Bella Britt, Rachel Palladino and Kathleenjoy Gordon had two each to round out the scoring for Shaker.

Saratoga’s Kerry Flaherty led all scorers with 16, including two three pointers and going four for five from the line. Kayla Lahart chipped in 13 and Natasha Chudy had 11.

On Tuesday, Dec. 11, Shaker will play at Niskayuna and Saratoga will host Guilderland.