SPOTTED: CBA cruises by Bethlehem and into the Class AA semis 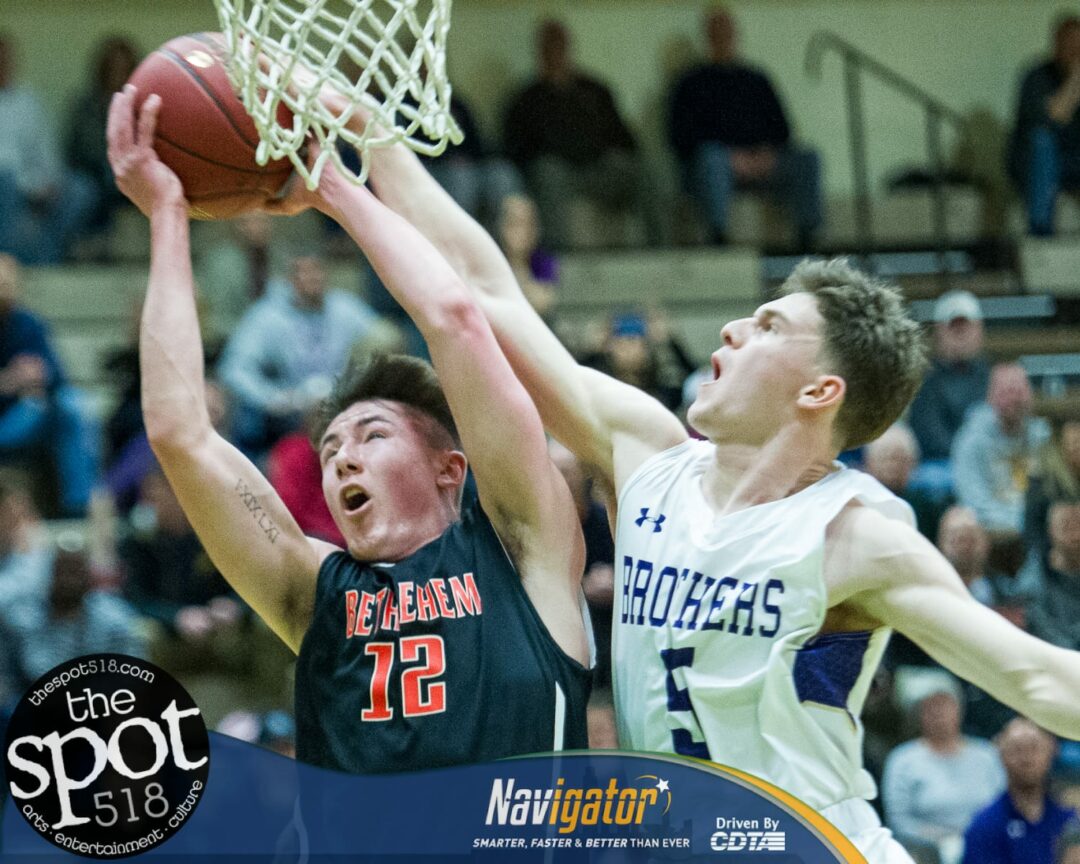 TROY – The Class AA quarterfinal matchup was closer than the final score, but CBA walked into the semis by beating Bethlehem 68-48 on Saturday, Feb. 24, at Hudson Valley Community College.

Jordan King led the No. 3 seed Brothers, and all scorers, with 27 points, including seven three pointers. Drew Signor had 16 and Justin Caufield added 10 for CBA. Peter O’Toole had seven points, Pryce Wasula had six and Adam Zebrowski had two to round out the scoring for CBA.

Michael Ortale, playing in his first game since sidelined by an injury suffered in the CBA Christmas tournament, led the No. 6 seed Eagles with 14. Jakob Laclair had 13 and Will Davis had 10.  Brandan Laclair chipped in four points, Erik Salo had three and Kenny Clanton and Eric Signor had two each for Bethlehem.

CBA will play the No. 2 seed Shenendehowa in Glens Falls on Tuesday, Feb. 27. Opening tip slated for 6:30 p.m.

SPOTTED: Shaker falls to Shen in the Class AA quarterfinals