SPOTTED: Bethlehem rolls in round one of Holiday Hockey Tournament 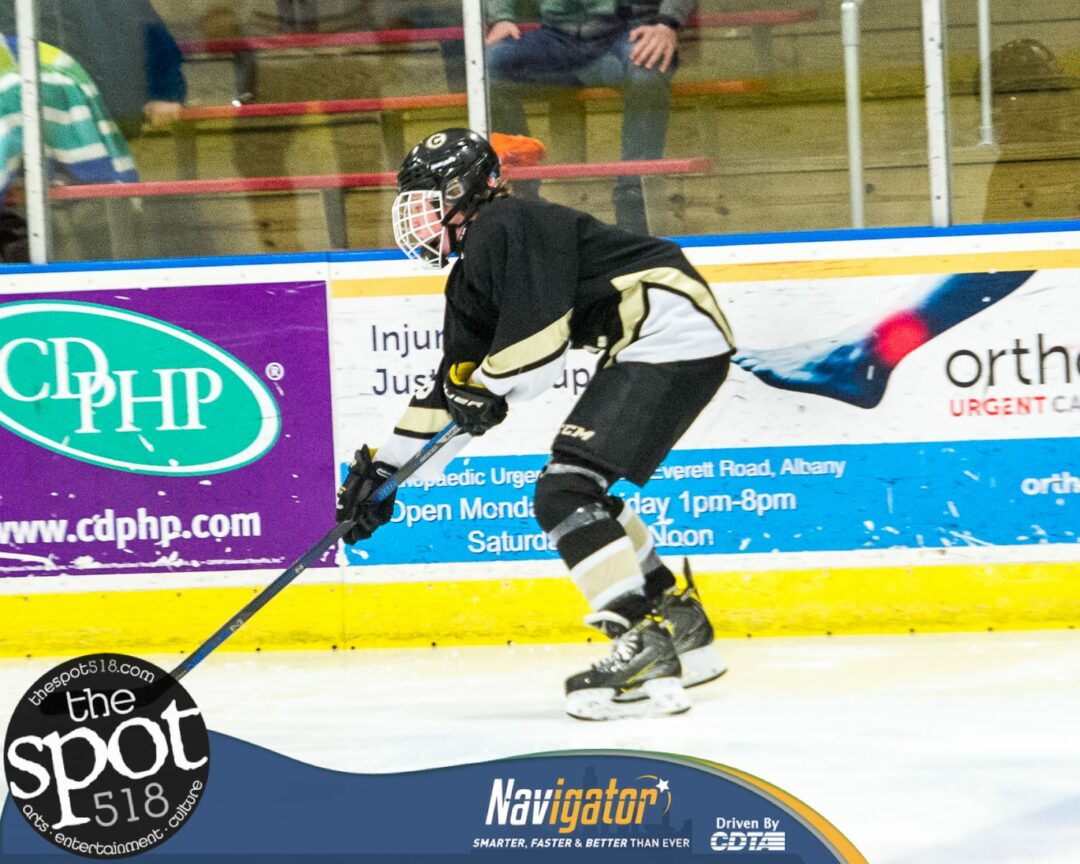 BETHLEHEM – The Eagles scored three goals in the second period and rolled over Clarkstown, 6-2, in the first round of their annual Holiday Tournament on Thursday, Dec. 28.

Clarkstown, of Rockland County, scored first on a goal by Cam Chazan but the Eagles (7-2) scored the next four in a row on the way to the rout.

Clarkstown’s Riku Robins scored to open the third and stop the bleeding but Bethlehem scored the final two on goals by Liebold and Ethan Mash, the latter on an assist by Chenaille.

Alex Breiner had 14 saves for the Eagles and Jason Inzeo and Matthew Lambros combined for 28 in the losing effort.

The Eagles will play Whitesboro, of Oneida County, for the championship on Friday, Dec. 28 at the Bethlehem YMCA. Whitesboro beat Shaker Colonie in the opening round 4-1. Shaker Colonie will play Clarkstown in the consolation game.

SPOTTED: Colonie girls get by CCHS in holiday tournament