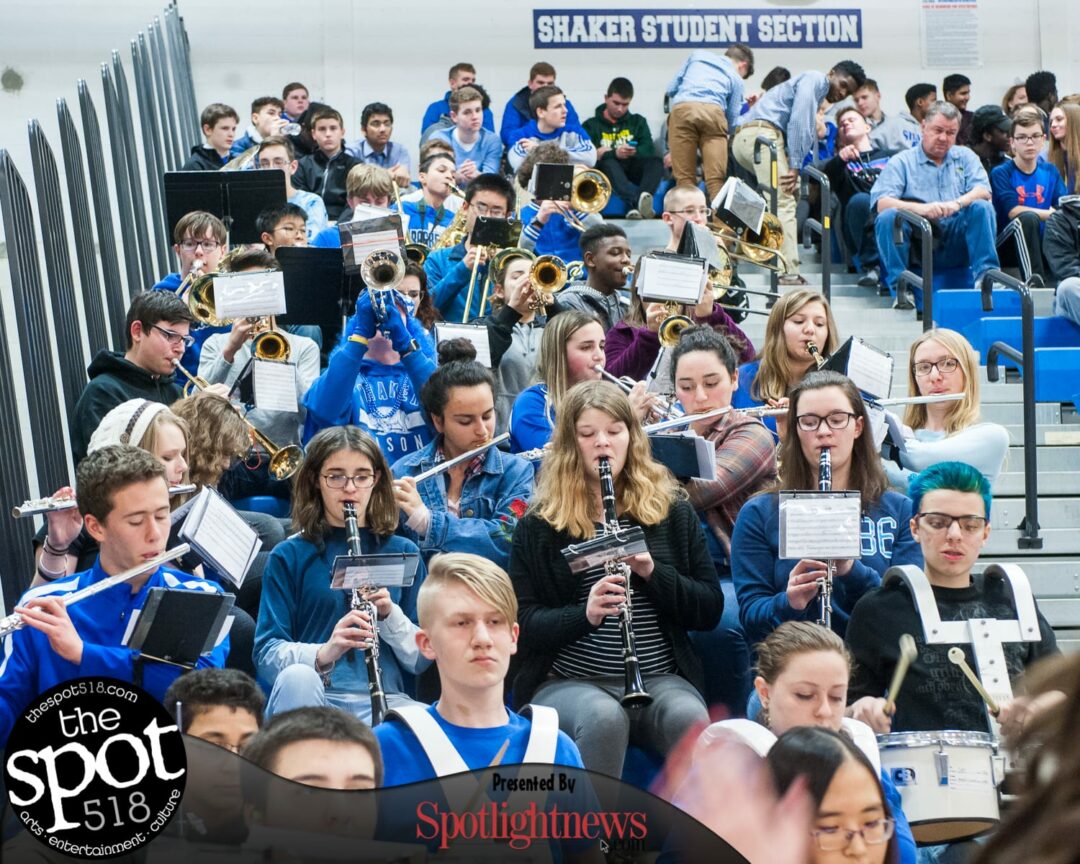 COLONIE – The Blue Bison won a Suburban Council, Gray Division matchup against Guilderland on Friday, Dec. 15, by a score of 61-48.

After jumping out to an 11-4 lead after the first quarter, Shaker held the lead throughout the game. But, Guilderland (1-3) hung around and made a run in the fourth quarter, cutting the lead to five with 5:32 to play.

Shaker was led by Jake Cook with 22 points, including eight in the fourth quarter, and Devon Mahoney with 21, including hitting five for six from the free throw line.

Sloan Seymour chipped in nine points, Ray Burt had four while JeanPierre Anthony and Zack Snyder had two points each.

Grant Mengel had 16 for Guilderland, Brendan Hoffman and Daniel Albright had eight each while Ryan Teaney had seven and Matthew Bender chipped in six points.