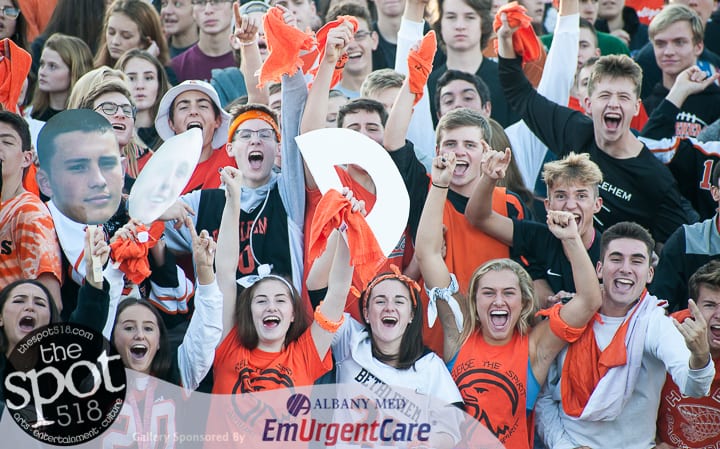 BETHLEHEM – The Eagles rolled over visiting Schenectady on Saturday, Oct. 14, 36-0.

The Eagles jumped out to an eight-point lead in the first quarter on a 12-yard run by Alex Shudt and then made the two-point conversion. Kendall Harris scored on an eight-yard sprint in the second to give the Eagles (3-3, 4-3) a 15-0 lead heading into halftime.

Tailback, defensive standout and the guy who returns most kickoffs and punts, Ethan Sheraw, score in the third on an eight-yard run and Colby Nash scored six on a pass from quarterback David Montalvo.

Adam Sanchez scored from the one yard line in the fourth to round out the scoring for Bethlehem.

Bethlehem and Schenectady (0-6, 0-7) will play crossover games against yet to be announced teams on Friday, Oct. 20.

SPOTTED: Paws in the Park at HVCC