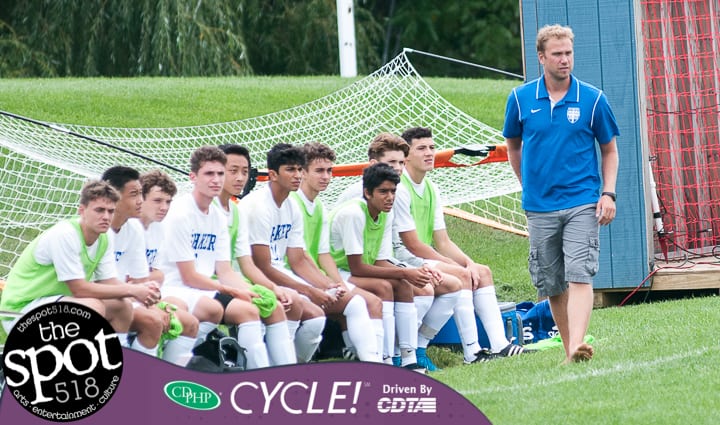 Senior Ethan Snyder had a goal and an assist to lead the Blue Bison while junior Ian Wu and senior Greg Hale had a goal each.

Logan Bielawski had the lone goal on a penalty kick for Averill Park (0-1.)

Bison goalie, junior Keegan Flaherty, made just one save as Averill Park was only able to get off four shots on goal, according to the scorekeeper, who admittedly was hampered by rain that fell during the first half.

Shaker will play a non-league game at home against Proctor High School on Friday, Sept. 1 and will travel to Saratoga on Sept. 5 for its next Suburban Council matchup.

Click on a photo below to see a full size version of the rest.

Pickleball: Stay out of the kitchen!