SPOTTED: Athletic teams get ready for the fall season 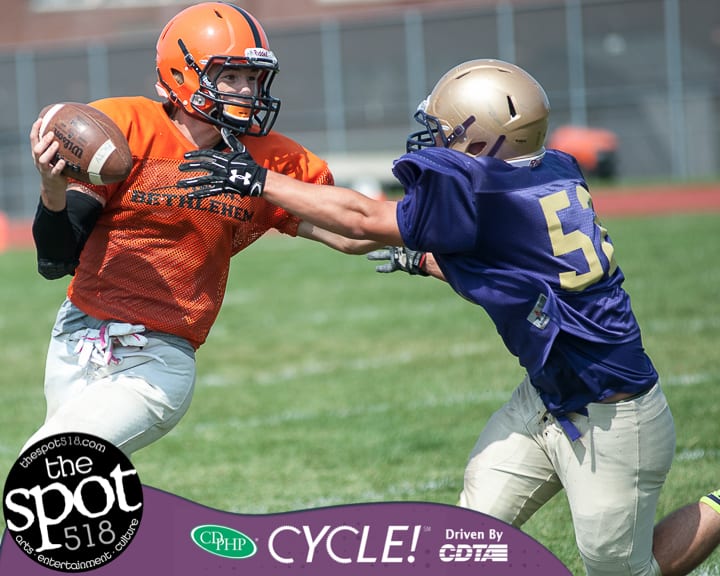 Teams from across the Capital District are prepping for the fall sports season which kicks off within the next week or so depending on which team is taking the field.

The Bethlehem Eagles hosted a scrimmage on Saturday, Aug. 26 against CBA and while the teams were hitting hard, there was no score kept and each squad swapped offense and defense for a set number of plays.

It was an opportunity for the players (and coaches, refs and photographers) to get back into the feel of real game time speed and action.

The high school season kicks off on Friday, Sept. 1 with Bethlehem hosting Colonie and CBA travelling to Shaker.

The field hockey team will play Queensbury on Monday, Aug. 28 in a non-league matchup at home and play the season’s first league game in Columbia on Wednesday, Aug. 30.