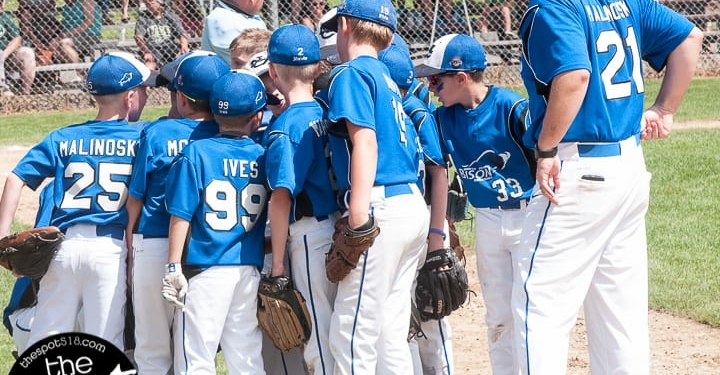 TROY – The North Colonie 8U squad lost game one 17-8 to Piedmont Delaware on Friday, July 28, in the Mid Atlantic Cal Ripken Regionals.

Delaware jumped out to a 5-0 lead after one, but North Colonie chipped away and was only down by three, 10-7, after four innings of play.

Piedmont finished strong, though, and scored seven runs over the final two innings.

Colonie had an even dozen hits off four Piedmont pitchers while Piedmont had 18 hits against seven Colonie pitchers.

The Bison from North Colonie will take on Marlton New Jersey on Saturday, July 29, at 10 a.m. at the Spring Little League fields in Troy and on Sunday, July 30, the squad will play Ridley Pennsylvania at 12:15 p.m. before poll play is over and the tournament heads into elimination rounds on Monday.

Click on a photo below to see a full size version of the rest.