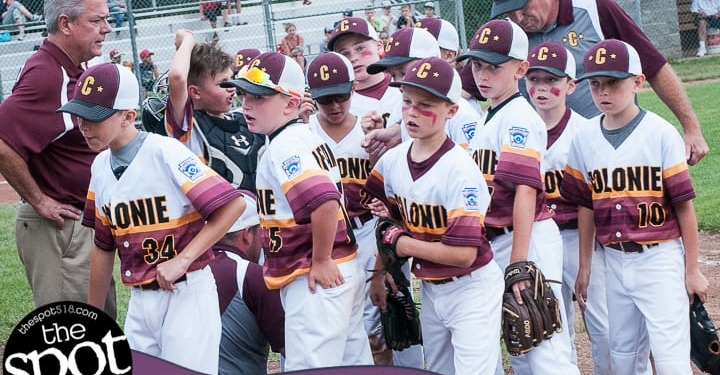 GUILDERLAND – It was one of those games that could have gone either way, and one you hate to see either team lose.

But, Haverstraw pulled out an 8-7 win over Colonie in the 8-10-year-old New York State Little League Championship at Keenholts Park on Wednesday, July 26.

Colonie, representing District 13, jumped out to a 2-0 lead after one, but Haverstraw, from near West Point, answered with four of its own in the top second.

Colonie tied it up in the bottom of the fourth only to watch Haverstraw score four in the top of the fifth on a grand slam to take an 8-4 lead.

Haverstraw lost to Webster in the first round to move to the losers bracket of the double elimination tournament and then beat Huntington, Baldwinsville and Colonie. The squad will again play Webster on Thursday, July 27. The winner will play Great Kills of Staten Island – the only undefeated team – on Friday, July 28, and will have to beat them twice to win the championship.

Colonie lost 9-8 to Great Kills in the first round, then beat Plattsburgh 15-5 before losing the heartbreaker to Haverstraw.

Click on a photo below to see a full-size version of the rest.