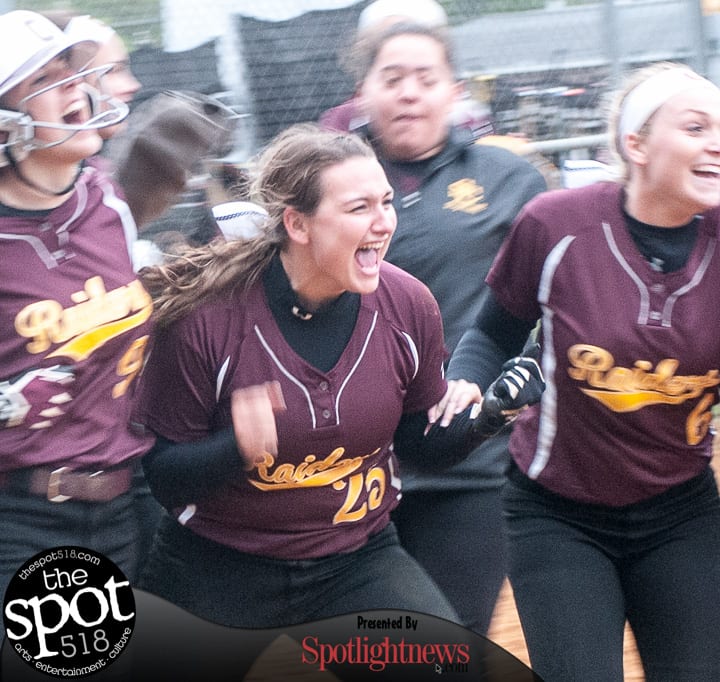 COLONIE – It took nine innings for the No. 2 Lady Raiders to get by the No. 7 Guilderland Lady Dutch on Monday, May 22, in the Class AA quarterfinals.

With two out in the bottom of the ninth, though, Madison Judge beat out a grounder between short and third for an infield hit. Sarah Baluch reached on an error and then Myaisha Kelly ripped a walk-off single up the middle for a 4-3 Colonie win.

Emily Kurtzner and Maria Tedisco split the pitching duties for Colonie giving up three runs – all in the fifth inning – on four hits while striking out 10 and not walking any.

Tedisco struck out the side in the top of the ninth and pitched four scoreless innings in relief.

Alyssa Burg and Amanda Smith teamed up on the mound for Guilderland giving up four runs, on 10 hits while striking out seven and walking three.