SPOTTED: Bethlehem girls dominate Shaker; move on to round two 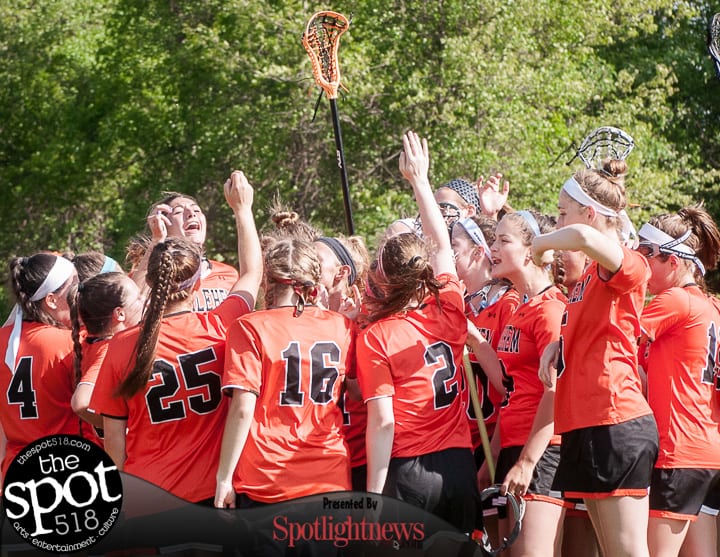 COLONIE – Bethlehem won the first round of Section II Class A tournament by soundly beating Shaker 17-4.

A hard-nosed defense and a disciplined, patient offense helped the No. 5 seed Eagles dominate the No. 4 seed Lady Bison on their home field on Friday, May 19.

Both teams entered post season play after finishing the regular, Suburban Council season going 8-4. Bethlehem will now travel to Shenendehowa to take on the 11-1 top seed on Tuesday, May 23.

Katherine Chiarella had eight saves in goal for The Eagles.

While the Bethlehem offense was on fire, Chiarella and the Eagles defense held one of Section II’s top scorers, Maeve Lennon, to just two goals. Catherine O’Brien had a goal and an assist and Cait Wood had a goal to round out the scoring for Shaker.