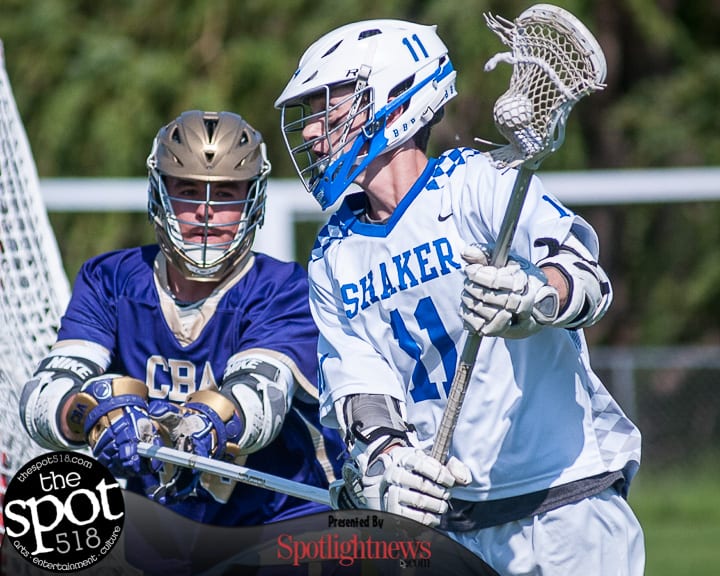 COLONIE – Shaker is headed into the post season on a high note after beating CBA 10-4 on Thursday, May 18, in its final Suburban Council game of the year.

Luke Julien led the Bison, which ends the season 13-1 in Suburban Council play and 15-1 overall, with two goals and three assists. His teammate, Jack Cheney, had two goals and two assists, Collin Sorady had two goals and an assist and Nicholas Pepe had two goals. Michael Stiso and Andrew O’Connor had a goal and assist each to round out the scoring for Shaker.

Anthony Pizzola led CBA, which ends the season 6-8 and 6-9, with two goals while Andrew Mesick and Freddie Smith each had a goal. Luke Anthony chipped in an assist.

Brendan Morrison had five saves for Shaker and Sam Nelson had four. In goal for CBA, Darrian Poole had seven saves and Max Tedisco had two.

Sectional matchups should be determined on Friday, May 19.