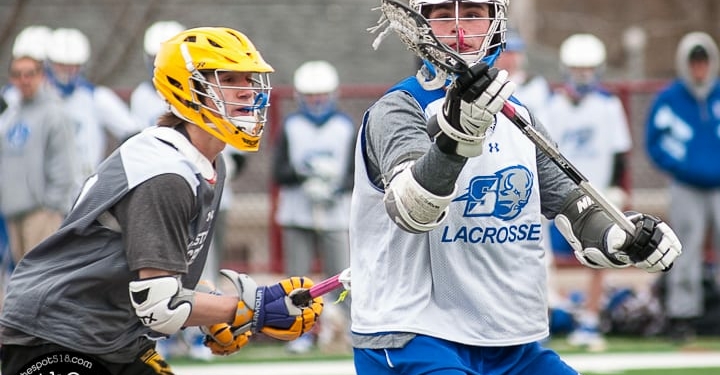 WATERVLIET – There were refs and the teams played hard, but nobody kept score during a pre-season scrimmage between Shaker and Ballston Spa on Saturday, April 1.

The two teams squared off on the turf field at Watervliet High School as the spring athletic squads patiently await the weather to turn and get on with their respective seasons.

On Tuesday, April 4, Shaker is slated to play at Averill Park, which has a turf field, and Ballston Spa is supposed to play Saratoga on the turf field at Burnt Hills Ballston Lake High School.