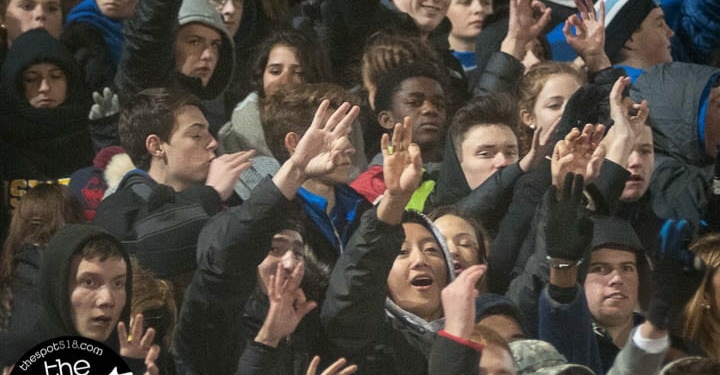 GUILDERLAND – The Shaker Blue Bison went on the road and trounced the undefeated Dutchmen of Guilderland 35-6 Friday, Oct. 28.

Shaker took an early lead on a short pass from quarterback Wahib Nabi that Mike Stiso turned into a 43-yard score and never looked back.

Stiso again scored in the second quarter, on a 10-yard run – and the second successful extra point by Maki Medici gave Shaker a 14-0 lead heading into halftime.

The turning point of the game came early in the third quarter when Shaker sacked Guilderland quarterback George Marinopoulos on three consecutive plays, blocked the ensuing punt and recovered on the Guilderland four-yard line.

Two plays later, Kwasi Addo muscled in from a yard out and a Medici extra point gave the Blue Bison a 21-0 lead.

Shaker scored again on a 52-yard pass from Nabi to Medici and Anthony Johnson scored late in the final quarter to round out the Shaker scoring.

Joe Park gave Guilderland it’s lone score with a short run in the third quarter, but the two-point conversion failed.

Shaker will play Troy on Thursday night at Rensselaer Polytechnic Institute for the Class AA championship.

The photos below were taken by Jim Franco. Click on any image to view the rest of the gallery in full size.