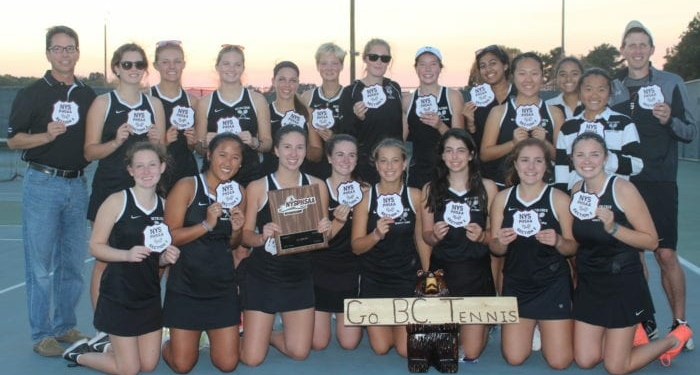 The Bethlehem girls tennis team won the Section 2 Class AA title for the second year in a row. Submitted photo

The Lady Eagles swept all three doubles matches and won half of the six singles matches to claim the Sectional championship. No. 4 singles player Jenna Nimmer had the clutch performance of the final when she defeated her Shaker opponent 6-4, 6-7, 10-6.

With the victory, Bethlehem finished the season with a 20-1 record.

Two doubles teams will represent Bethlehem at the state tournament Oct. 29 and 30 in Long Island. The team of Zoe Davis and Bethy Behuniak won the Section 2 title, while Nimmer and Madeline Dering placed third to earn a state tournament berth.