Golf: The Earl of Normanside 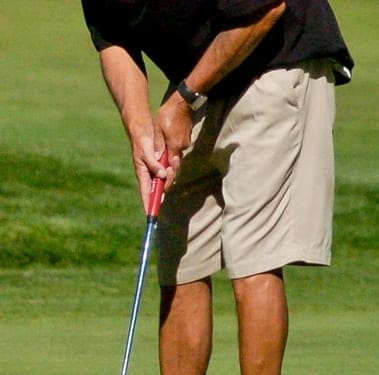 “My parents have been members here since 1952,” said Winchester. “Except for four years in the service, I’ve been here every year.”

“I live close by,” said Winchester. “It takes me less than five minutes to drive here if I hit the (traffic) lights right.”

Winchester, who holds a dual membership with Colonie’s Shaker Ridge Country Club, performed well on the challenging Normanside course. The 65-year-old won the Super Senior division title with a three-day score of 7-over-par 217 and lost in a one-hole playoff with Frank Broderick for the overall championship.

“I’m very happy with that (Super Senior division title),” said Winchester. “I didn’t think I had a chance for the other (overall title). I’m thrilled.”

Winchester held the lead early in last Thursday’s final round until two bogeys and a double bogey dropped him to 8-over par. Still, he only trailed Broderick by one stroke for the lead when Broderick hit his tee shot on the 18th hole out of bounds. The East Aurora resident had to take a two-stroke penalty, but he scrambled his way to a bogey on his final regulation hole to keep himself in contention.

Playing one group behind Broderick, Winchester took nearly took the lead when he laid up his birdie putt attempt on the 18th hole. Winchester calmly sank the par putt to force a playoff.

Winchester had trouble off the tee on the first playoff hole, but he managed to get the ball close to the green on his second shot. Meanwhile, Broderick reached the green on the par-4 hole in two shots to set himself up for a birdie attempt. Winchester chipped his way onto the green, leaving him with a decent lie for a par putt.

Broderick came up short on his birdie attempt, but he tapped in for par to leave Winchester with no other option than to make his par putt. Winchester found a good line, but the putt sailed wide of the cup.

Winchester claimed the Super Senior division title by two strokes over Douglas Vergith of St. George’s Golf and Country Club in East Setauket. And despite missing out on winning the overall title, Winchester said he achieved his goal for the men’s senior amateur tournament.

“I was just looking to play all three days, and I accomplished that,” said Winchester. “There are some very good players here.”

Winchester may not be defending his Super Senior title at next year’s men’s senior amateur tournament. He said he’s strictly a local golfer.

“I don’t travel,” said Winchester. “If it’s local, I’ll play. If not, there’s plenty of things to keep me busy around here.”