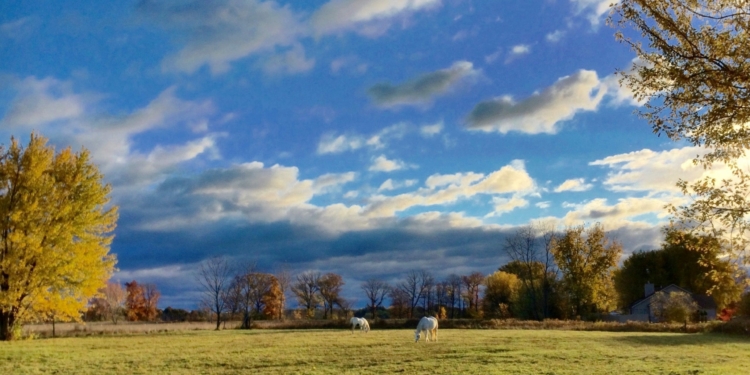 The Farms and Forests Fund wants to enable the town to provide interested landowners another option to prevent their properties from facing development in the future. Town of Bethehem

In the coming weeks, the Farm Laborers Wage Board will make a determination with respect to the state’s overtime rules governing New York farms. Depending on what that board decides, New York farmers could be facing a devastating blow to their ability to operate.

As a result of recent changes to state labor laws, New York farmers already incurred new labor costs when the threshold to pay out overtime was set at 60-hours per week. Now, some want that number even lower. Reducing that threshold any further will force farms already facing a fiscal breaking point to pay out wages they simply cannot afford.

Case in point, Farm Credit East estimates labor costs would surge 17 percent should the state move to a 40-hour overtime threshold. Making matters worse, New York state farmers already incur nearly two times the labor costs of their counterparts in other states. Paired with the fact that farms, like most small businesses in New York and across the nation, have been hammered by COVID-19 with respect to shipping, storing and other costly logistical considerations, farms are in an even more precarious position now than they were when changes were last made in 2019. Putting any more pressure on these farmers now is unfeasible and irresponsible.

The Assembly Minority Conference has always supported New York’s hard-working farm community. We realize how important these farms are to our communities and to our local economies. In fact, just weeks ago Assemblyman Chris Tague, who is the Assembly Minority Conference’s ranking member on the Committee on Agriculture, and Assemblyman Phil Palmesano wrote a letter to Gov. Kathy Hochul and other key state agriculture executives seeking to preserve the 60-hour limit. The letter had bi-partisan support as it is clear to anyone who serves constituent farmers the damage this change could levy.

Lowering the overtime threshold again might seem like an act of economic compassion for laborers, but in reality these changes are very likely going to lead to farm closures and the development of farm land for non-agricultural purposes. In this scenario, many laborers wouldn’t be getting paid any overtime at all because their jobs would no longer exist.

For these reasons, I am urging the labor board to carefully consider the true financial impact lowering the weekly overtime threshold would have on our farming community. New York state’s economy is still fragile, and making changes of this magnitude would have a negative ripple effect we may not be able to overcome. Now is not the time to crush farmers already bearing the weight of the pandemic. Now is the time for common sense, and that calls for giving farms a fair chance to weather this storm.