FROM the EDITOR’S DESK: Leave Megyn Kelly on the BC Hall of Fame 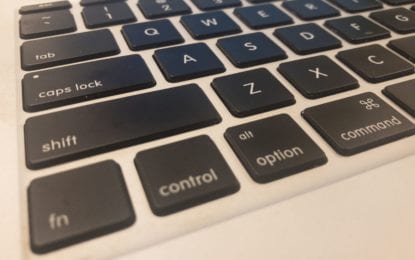 Megyn Kelly and I walked the same hallways at Bethlehem Central. She graduated a few years before me, and I can’t say I remember her. Her career since leaving Delmar has taken an amazing trajectory, even if it was with a broadcasting team I don’t respect. Under anyone’s barometer she’s done well. It’s when she interjects her opinion she finds herself in trouble.

Her conversation over blackface slapped her star down. In this issue, I recapped how it went south for her. In the past two years, she’s remembered for that perhaps more than Luann de Lesseps, the woman who actually wore blackface.  In this town, the conversation stings because when she recalled acceptance of the act from her childhood, it reflected upon our community. That’s how it was taken, and that’s not how it should be.

What was socially acceptable in the past will make you cringe today. C. Thomas Howell’s “Soul Man” was released in 1986. It was a popular movie featuring Howell in blackface. It was in constant circulation on cable television. Kelly and I were in high school. Today, I’m not sure you’ll find it. It’s because we continue to open up, ask questions and accept where we were once wrong.

When we were kids, blackface was in mainstream media. It certainly doesn’t make it right. The jokes on television struck a different chord than it does today. The Jeffersons, Archie Bunker — none of that would fly today.

I don’t often agree with Kelly, but I don’t see her as a racist.

LETTER to the EDITOR: Remove Kelly from Hall of Fame

Mia’s Cookie Jar is a powerful force of deliciousness