by Jim Franco
in Opinion, Our Opinion, Point of View
0 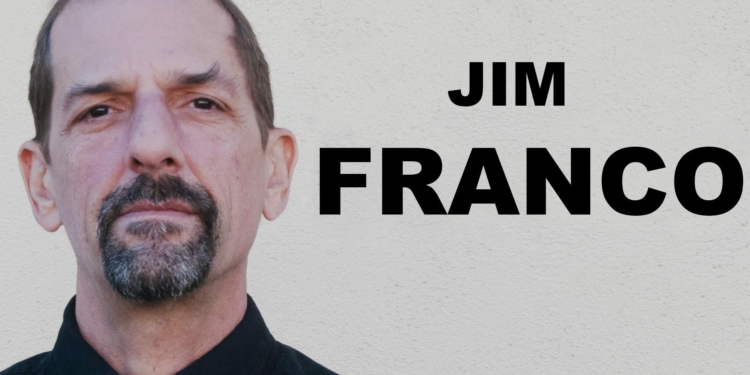 Since this paper goes to print on Monday and ballots won’t be counted until Tuesday, I can safely make Election Day predictions without actually endorsing any particular candidate, so to speak.

First, I think Albany County Executive Dan McCoy will get re-elected. I’m one for one since he doesn’t have an opponent.

Voters will also send Albany County Sheriff Craig Apple back for another term as the county’s lead law enforcement official. Two for two, for the same reason as above.

Susan Rizzo will get elected Albany County Comptroller though she does have two opponents the Democratic Party enrollment advantage is just too strong for Republican David Yule to overcome and while Darius Shahinfar will appear on the Working Families Party and Independence Party lines, it’s just not enough. Plus, the wind went out of his campaign’s sails when he lost the nail-biter of a Democratic Party primary to Rizzo.

Most of these races were determined in the June primary so I’m willing to bet I’m three for three.

John Egan, Michael Lynch and Justin Corcoran will be elected to the three seats on Supreme Court. There is a Republican in the race but Linda Blom Johnson really doesn’t have a chance for the same reason Rizzo will win the Comptroller’s race — there are way more Democrats than Republicans in Albany County.

I could go six for six but will count that as one and say I’m four for four. Na, things could get sticky later in this column so I’ll go with six for six.

Andrea Ackerman will be the next Albany County Court judge. Same thing, she is a Democrat and Holly Trexler just has the WFP line so that one is a walk.

Nine for nine, and things are pretty boring so far.

I don’t know too many people who are still breathing that pay attention to the coroner’s race so I’m going with the three Democrats: Timothy Cavanaugh, John Keegan and Antonio Sturges.

An even dozen for 12 and now we get into the hyper-local races.

Julie Gansle is unopposed so she is a shoe-in for town clerk and nobody is running against Peter Crummey for town judge so he will be on the bench again too.

Again Representing Colonie on the Albany County Legislature in District 14 will be Democrat Allison McLean Lane, who won a hard-fought primary in June.

I won’t get into the Albany County Legislature because most are unopposed or may as well be. Plus, I don’t want to beef up my record too much. I might lose credibility.

I do, though, have to weigh in on the race for District 24, where there has been a bare knuckled battle to replace the retiring Peter Crouse between Nathan Brushi (D, WFP, SAM and I) and Jeff LaMountain (R, C and Green.)

That’s a tough one, LaMountain has a solid foundation in South Colonie and Brushi has the coveted “D” line, though that does matter less in Colonie than county-wide.

Both candidates have worked very hard and both have their corners of support but I’m going to say it’s LaMountain by a nose, just because of his Colonie roots. Yes, Brushi has Colonie roots too, but not as deep as LaMountain’s.

I don’t think we will know on Election Day who wins this one. It’s going to absentees.

I’m counting that prediction, that it will go to absentees as a win so I’m 16 for 16.

Colonie Town Board is a tough one too.

I think Jill Penn will win. She has a solid career in the South Colonie School District, knows a ton of people and has three lines, D, C and I.

I too think Danielle Futia will win. She also knows a ton of people with a solid name and she has three lines, R, C and I.

I don’t think we will know who the third candidate is on Election Day. I think it will come down to absentees between incumbents Chris Carey and Paul Rosano and Brian Austin, who ran two years ago.

Plus, Austin serves on the Planning Board, the hardest job in town, and those votes have rubbed at least some people the wrong way. The more often he votes, the more people rubbed. Rosano is the liaison between the Town Board and Planning Board and is known for speaking whatever is on his mind regardless of political consequences. Many may appreciate that, others not so much. Carey is not a political guy and the reason he has only one line is because he doesn’t always do what the party tells him. Again, while appreciated, he pays the price when he looks for election time party support.

Rick Field seems like a nice enough guy but he comes across as the default candidate — in that Republicans needed a body — and I’m not so sure how hard he is working. He does though have name recognition and the I line to go along with the R.

And now the supervisor’s race.

To oust an incumbent there has to be a reason and I just don’t see the majority of Colonie having a reason.

George Scaringe has run a solid campaign against Supervisor Paula Mahan. And there is a vocal group of people who just don’t like anything Mahan does. Also, after 12 years in office, there is a degree of fatigue with her and her administration, but I don’t think there is enough of either to vote her out of office.

Mahan pretty much destroyed Scaringe at a head-to-head debate, and while I don’t think the final tally will be that decisive, it might even come down to absentees, but I don’t think there is enough anti-Mahan sentiment to swing an election.

Music community to pay tribute to Sean, Henry McFerran at Chrome on Saturday