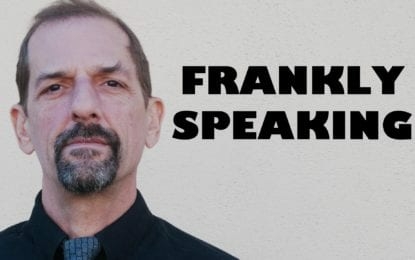 Well, the Town of Colonie has a new Comprehensive Plan — or at least an update to the 2005 plan.

And thank God for that.

A document of such import can only be compared to our 1776 Declaration of Independence, the 1863 Emancipation Proclamation and, I dare say, the granddaddy of them all — the Magna Carta of 1215.

OK, that may be a stretch.

It does, though, lay out a concrete plan for all aspects of all workings of the town for the next decade.

Honestly, it doesn’t do that either.

It boils down to a bunch of broad-stroke, indistinct generalizations open to the interpretation of whoever is in office — or whoever is bored enough to read it.

Even the “Vision Statement” is ambiguous. The opening two sentences of that are: “In the Year 2030, the Town of Colonie is a well-managed and forward-thinking suburban community in the heart of the Capital District. It has an exceptional quality of life with strong, well-established neighborhoods, excellent schools, and generous amenities such as parks, trails, and conserved open lands.”

Words like “well-managed,” “forward thinking,” “exceptional,” “strong,” “well-established,” “excellent” and “generous” are nice adjectives, but they don’t mean anything. Or, more accurately, they mean different things to different people.

Even the plan’s “goals and objectives” are open to interpretation.

For example, one of the short term goals, between one year and two, is to: “Protect existing neighborhoods from being encroached upon by commercial and higher density residential development. Work with neighborhood groups to identify and address quality of life concerns.”

What’s the alternative? “Destroy existing neighborhoods and force upon them commercial and higher density residential developments.” There are those who say that is happening now, but even if it were, this plan won’t do anything to stop it.

In fact, after covering the town for a few years now, I would be hard pressed to find an example where the Planning Board didn’t already do just that within the parameters of existing zoning laws and regulations. Those pesky land use laws, and the rights of landowners to develop within those parameters, are certainly bothersome to some people but that doesn’t mean they should be abolished because strawberry fields forever is a more appealing alternative.

And, one person may think to “protect existing neighborhoods” means a berm and a fence while to another it means go build in Albany and leave Colonie alone.

An example of a midterm goal, between three and five years, is “to protect and promote the town’s significant cultural and historic resources.”

I guess that’s instead of turning the Pruyn House into a Cumberland Farms.

Another midterm goal is to “continue to improve mobility throughout the town.”

I must have missed where that even started but in many ways traffic congestion is well outside the realm of town government.

It does say the town should work with the Capital District Transportation Committee to “disseminate information about Complete Streets and the benefits this approach provides for all users of the transportation system.”

That means catering to the four bicyclists who want to ride alongside heavy traffic making matters worse as people slow down or swerve to give them some room. But, at least those bicyclists will not be driving, so having four less cars on Albany Shaker Road at rush hour will certainly help things zip right along.

The plan does, though, have reams of data, and a bunch of cool looking graphs and charts, and does glowingly, and somewhat accurately, talk about what the town has accomplished since the 2005 plan. But all that doesn’t serve much of a day-to-day, practical purpose.

It does make some solid recommendations, like making a smoother, less intrusive transition between commercial and residential areas, and to make sure the town gets the most public benefit for allowing a higher density Planned Development District, but those are pretty much common sense.

Presumably, the plan will act as a foundation to modify other land use laws and zoning regulations, which legally define what can go where. So, why not just get to that instead of spending three years and $130,000-plus coming up with fancy charts and graphs and feel good goals.

Colonie is not alone, all municipalities are doing comprehensive plans, and every one I have read is the same.

Maybe it’s intentional, or maybe the comprehensive plan authors are following a broader set of instructions because, in a way, the ambiguity does make sense.

In the end, to the victor go the spoil and that includes the right for anyone elected to office to enact whatever vision he or she chooses, including changing a comprehensive plan or even land use laws and zoning regulations to fulfill that vision Of course, there is public input and a separate branch of government, the Town Board, to work as a check and balance, but in Colonie the supervisor has run the show for years.

In the end, the SAVE Colonie people are right, the plan is pretty much useless, but not because it fails to protect the citizenry from out of control developers who would, without it, happily build a nuke plant on Central Avenue.

It’s useless by virtue of the ballot box.