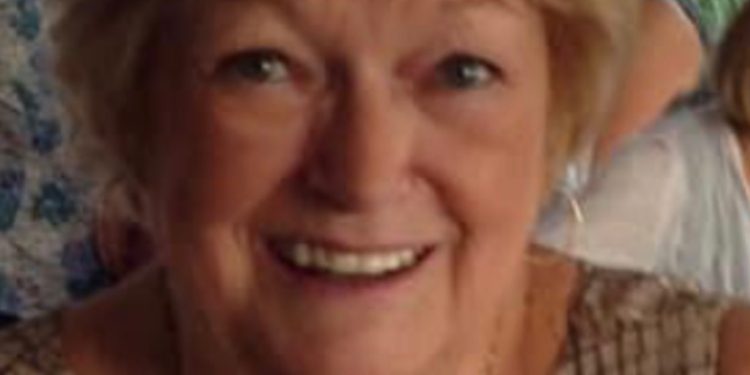 Guilderland – Jane A. Bonavita, 78, passed away after a brief illness on November 16, 2022, at St. Peter’s Hospital surrounded by her loving family and friends. Jane was a lifelong Albany resident born on July 10, 1944, to the late John J. and Jane (McKeon) Cavanaugh.

She graduated from Cardinal McCloskey High School in 1962, and then went on to receive her bachelor’s degree from the College of St. Rose in 1966, where she made many lifelong friends along the way including the “Rosebuds”.

Jane’s career began in primary education in the Albany Public Schools, following in her mother’s footsteps who herself was a beloved kindergarten teacher. She taught kindergarten for 16 years at Giffen Memorial Elementary, School 27, School 10 and Schuyler Elementary. In 1982 Jane decided to leave teaching and began a whole new profession as an Agent and Manager at State Farm where she has worked for the last 40 years. Jane’s insurance career began in Loudonville, NY, at her first agency, and within a few years she was promoted to market manager, becoming their first female manager in the Northeast. After several years in management, she decided her real passion was working with people and she returned to being an agent. She opened shop in Delmar, NY, which she owned and operated right up until her passing, and where she was known for her seemingly ubiquitous billboard on Delaware Ave., welcoming people to the town, and many times to her office.

Jane had a giving spirit, she went above and beyond to help those in need, and her reach did not stop with those closest to her as Jane was always willing to lend a helping hand to anyone who asked. She was a longstanding member of the Guilderland Library Foundation Board, president of the Bentwood Court West Neighborhood Association, a member of the reunion committee for Cardinal McCloskey, as well as a member of the Zonta Club of Albany, NY, which is a part of the worldwide service organization of professionals working to advance the status of girls and women, where she was recently recognized for 25 years of service.

In her spare time Jane could be found in her numerous gardens, on the beaches of Rhode Island, or cheering from the sidelines for her sons initially, and eventually for her grandchildren, whom she also doted on and helped in the development of their reading, writing, and learning skills as the teacher she once and always was. Jane was also the consummate hostess to her family and friends, often spending time with and celebrating every aspect of their lives. Her greatest joy was found in hosting these many gatherings.

She is survived by her dear sons Joseph III (Meaghan) of New Orleans, LA, and Mark (Jaime) Bonavita of Guilderland, NY. “Grandma” had six grandchildren whom she adored- Joseph “Bear” IV, Coco & Rose of New Orleans, and Chloe, Hayley & Aidan of Guilderland. She also leaves behind her two sisters, Mary O’Hair and

Judith Zuchero, her sister-in-law Karen (Burt) Bodie of Kingston, NY, brother-in-law Jeff (Dawn) Bonavita of Yorktown, VA, and many nieces, nephews and cousins, as well as her lifelong friends Nina Motta of Albany, NY and Tierney Murphy of Mechanicville, NY, and numerous other great friends from the many walks of her life.

Jane was predeceased by her beloved husband of 50 years, Joseph Bonavita Jr., as well as by her brothers Jack and Miles Cavanaugh, sister-in-law Judi Cavanaugh, and brothers-in-law Tom Zuchero and Peter Bonavita.