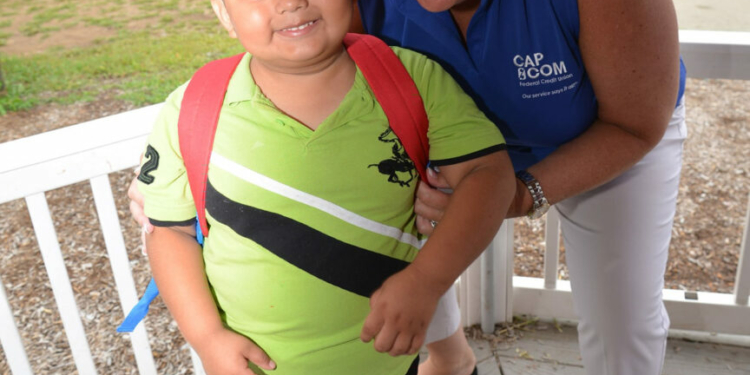 ALBANY — Local leaders recalled Paula Stopera as both a trailblazer and compassionate philanthropist following the news of her death. She died at 64 on Tuesday, July 6, having recently been diagnosed with pancreatic cancer.

The former President and CEO of CAP COM Federal Credit Union had retired from her post in 2019, capping a career that started in 1980. In a news release, the credit union noted how she oversaw the company’s growth to 360 employees, 130,000 members and nearly $1.8 billion in assets while 15 years at the helm.

“Paula’s influence on CAP COM is beyond measure,” stated CAP COM President and CEO, Chris McKenna. “As the architect of our philanthropic culture and a passionate advocate for our ‘every member, every time, every day’ philosophy, Paula shaped the direction of CAP COM forever. Her infectious personality, her steady hand and her huge heart will be missed by all of us.”

Stopera’s influence on the surrounding community went well beyond her role at CAP COM. Many of those sharing condolences over her passing were leaders of local charities whose causes she helped champion through CAP COM Cares Foundation. She and Sharon Phillips co-founded the foundation nearly 20 years ago, donating approximately $5 million to local non-profits.

State Assemblyman John McDonald expressed sadness upon hearing of Stopera’s passing. He described her as “straightforward,” and never forgetting “who she was or where she came from.”

“I am sad that Paula only had two years of retirement to enjoy,” he said, adding that he was surprised to hear of it. “But now in retrospect, I am glad she retired when she did. In retirement, I saw her often and she was happy and enjoyed what she did at CAP COM but also was enjoying her newfound freedom.

“Her friendship and love for her community and the impact on those she came into contact with will never be forgotten.”

The Capital Region Chamber shared how it had a “front-row seat” as it witnessed her impact throughout the region. The chamber’s chief executive officer intimated through his own statement.

“She wasn’t afraid to challenge the status quo to push others and our community to achieve our potential,” he said, adding it was an honor to work with her directly on joint endeavors. “ I’ll miss her can-do spirit, her mischievous look, and wonderful sense of humor. She instilled values that will live on through [her children]. Paula certainly has earned the rewards of heaven.”

“At our first meeting, she learned the challenges we were experiencing with our biomedical fleet,” said Coffey, “she quickly acted and the CAP COM team pledged a $100,000 donation to the Red Cross to support our local operations that included a new blood transportation vehicle.

“Our thoughts are with her family and the entire CAP COM team.”

Albany County Executive Dan McCoy was quick to recognize her impact as a “trailblazer” as a woman in local business.

“She was a trailblazer and mentor to women pursuing careers in executive positions,” McCoy said, adding how he was pleased to have shared her stories during an Albany County women’s history month celebration following her retirement in 2019. “Paula will be missed but her inspirational leadership and legacy will live on.”

Obituary
Paula A. Stopera, 64 of Cohoes, entered peacefully into eternal life on Tuesday, July 6, 2021 at Glens Falls Hospital after a recent diagnosis of pancreatic cancer.

To know her was to love her, to adore her and to be inspired by her. Paula was survived by her beloved daughter and son-in-law, Amanda and Christopher Goyer, her grandchildren Roen and Noah Goyer, and her children’s father, Frank T. Stopera.

She was surrounded by her loving family at the time of her passing. Her hands were in those of her treasured daughter and sister Cindy. Additional surviving family members include her sisters, Cynthia (Kevin) Dennin and Colleen Place, as well as her brother Michael (Cheryl) Smith. Family was most important to Paula and she had a large, extensive one who was very special to her. She was predeceased by her parents Michael and Carol Smith, her sister Diane Smith, her sister-in-law Cheryl Smith, and one of her greatest loves, her son, Alexander Stopera. Paula was greeted with open arms by her angels at heaven’s gates.

Paula took great pride in her work and had a successful and distinguished career. She was a sought-after advisor and mentor to many. She began her career as a member relations officer at CAP COM Federal Credit Union 40 years ago. Paula retired in 2019, after a 15-year tenure as President/CEO of what is today, one of the largest Credit Unions in the Capital Region. One of the proudest moments in her career was the founding of the CAP COM Cares Foundation. The Foundation became her avenue for making a difference in the lives of others alongside her CAP COM “army” of colleagues, who became her friends and family.

Paula was happiest at Lake George where she made the most cherished memories of her lifetime with her family and closest friends. Her grandsons Roen and Noah “owned her heart” and had such a special bond with their “Pooch,” as they lovingly called her. She spent her final days with them at the Lake.

She left this world in peace, unafraid and hopeful for the future where she would meet her God and be reunited with her son. She is beloved and her mark will be felt for eternity.

The family requests no flowers, family and friends are invited to make a donation in honor of Paula to organizations that are near to her heart: CAP COM Cares Foundation 4 Winners Circle Albany, NY 12205. Our Lady of the Assumption Church 498 Watervliet Shaker Road Latham, NY 12110.

LETTER to the EDITOR: All municipal agencies should use electric vehicles

When Ferris Bueller goes shopping: the return of the Trapper Keeper