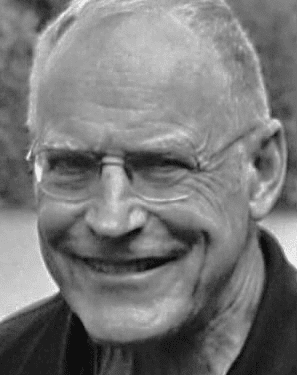 DELMAR — Robert E. Lynk, DVM, “REL,” 88, died at home on April 13, 2021 from complications related to cardiac amyloidosis. Born near Sharon
Springs, NY in 1932, he was the second son of the late Charles and Ruth (Dygert) Lynk.

Robert was part of the fourth generation to live at Lynkholm Farm which was established in 1859. After graduating from Sharon Springs High School, he attended Cornell University and upon graduation in 1954, he briefly taught vocational agriculture. During this time, while at a fair in Saratoga County, he met his future wife, Nancy Radick. They married in 1955 and shortly afterwards Robert was deployed to Korea to fulfill his ROTC commitment as a commissioned officer in the US Army.

Robert’s two years of active duty included 16 months of artillery service in Korea. When Robert returned from Korea, he made his way back to Cornell University and graduated in 1961 as a veterinarian.

For 37 years, from the home base of the Delmar Animal Hospital, Robert practiced veterinary medicine, caring for the large and small animals near Delmar and in the rugged Helderberg Hills. Deeply committed to his profession as well as his community, Robert participated in and held many leadership positions within the State, Hudson Valley and Capital District Veterinary Societies, the Board of Veterinary Medicine, Cornell’s Veterinary College Advisory Council, and the Cornell Alumni Association.

In 2010, Robert and Nancy were jointly honored at Cornell University as the recipients of the prestigious Frank H. T. Rhodes Exemplary Service Award.

Throughout his life Robert was active in the Delmar Presbyterian Church as a: deacon, manager-player on the church softball team, president of the Cooper-Varney Ecumenical Church Softball League and chocolate chip cookie baker. He also enjoyed many summer worship and luncheon experiences at the Rensselaerville Presbyterian Church.

In 1998, Robert exchanged the examining table and scalpel for an artist’s palette and paintbrush. The barns, flora, fauna and scenic vistas of the Catskills and Helderbergs inspired his watercolors. Often described as life affirming and beautiful, his paintings adorn homes from Maine to California.

Robert was an active member and former president of the Bethlehem Art Association, as well as the Albany Artists’ Group, The Arts Center of the Capital Region and the Central New York Watercolor Society.

Anyone who spent time with Robert knew he saw life through the lens of the game. He believed the world of sports deserved to have much attention paid to it. In his lifetime he enjoyed playing basketball, baseball, horseshoes, fishing and sailing his laser. He was an avid Yankees fan; every game created a world for him to slip into and then share with anyone. In his later years, he was a talented bowler. He bowled four sanctioned 300 games, the last one at 85 years of age.

Robert is survived by his loving wife of 65 years, Nancy, and his children, Robin and her husband Robert Koochagian of Doylestown, PA, Tammy and her husband Michael Liang, of Boston, MA and Charles of Westerlo, NY. He was the adoring grandfather to Kyle, Matthew, Casey, Amelia and Benjamin and the former father-in-law to Kim Hall. He is survived by his sister Susan, brother-in-law Charles and his wife Susan, eight nephews and nieces and their progeny. He was predeceased by his parents Charles and Ruth, brother Willard, sister-in-law Janet, and brother-in-law Tony.

A celebration of life service will be held on June 26, 2021, at 11 a.m., at the Delmar Presbyterian Church. The family requests that in lieu of flowers, donations in his memory may be sent to the Delmar Presbyterian Church, a charity of your choice or, to honor Robert’s memory consider installing a bird feeder and enjoy watching the birds that come to visit. Arrangements by Meyers Funeral.

LETTER to the EDITOR: Cuomo should talk to the press