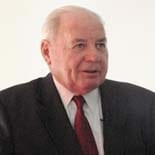 ALBANY – Having spent more than 50 years in public service – including two stints as head of the state Office of General Service, CEO of the Albany International Airport and commissioner of the state Department of Transportation and the Dormitory Authority – John Egan was known as a man who could get things done around the Capitol.

“He used to give me an hour,” said Albany County Executive Dan McCoy, who worked with Eagan at the airport. “Anything you say can be said in an hour.”

Egan was born in Plattsburgh and started his career at the Clinton Correctional Facility in Dannemora. He was a veteran of the U.S. Army Infantry where he rose to the rank of staff sergeant while serving in the Third Infantry Division, 10th Mountain Division and the 101st Airborne Division.

Locally, as the airport CEO from 1995 to 2003, he spearheaded the multi-million-dollar expansion and, prior to that, he was on the team that oversaw construction of the Harriman Office Campus and the Empire State Plaza.

“He was a great man. His legacy is changing the skyline of Albany.” McCoy said. “He was known for fairness and for getting the job done. He will be sorely missed.”

In all he served under seven different governors, of both parties, in one capacity or another.

He married Virginia Lacy Egan on Oct. 3, 1953 and together they had four children.

Serices are private, however, the family asks those wishing to honor Eagan’s memory to make a charitable contribution to the Wildwood Foundation (wildwood.edu, 518-836-2305) or the National Kidney Foundation (kidney.org, 855-653-2273)