How do the president’s orders affect those wanting to buy guns? 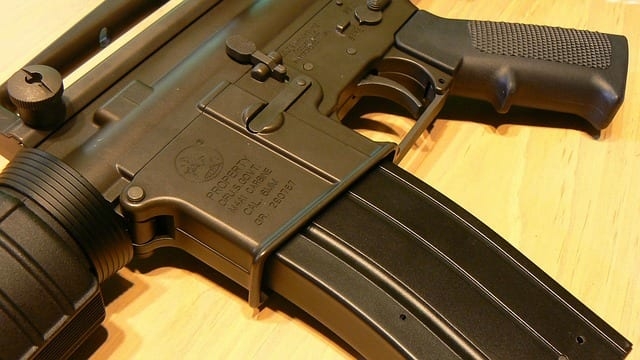 Gun violence has gained increasing attention as a political issue in American culture in the wake of mass shootings that seem to be occurring with dismaying regularity. Some political leaders have called for citizens to arm themselves as protection against terrorist situations they have characterized as inevitable. In one of his first actions of the new year, President Barack Obama announced a series of executive actions on Tuesday, Jan. 5 that are aimed at addressing an issue that his administration says has taken the lives of more than 100,000 Americans during the last decade.

Immediately decried by the National Rifle Association on Twitter as infringing on civil liberties, there are many who believe that the actions were largely symbolic and lack the teeth to bring about any significant change. The NRA itself has argued that the executive actions would have prevented none of the recent mass shootings and Brien Olesen, a local gun purveyor and authority on firearms, tends to agree.

“The executive orders passed by the president were mostly a duplication of laws already on the books and enforced nationally by the BATF (Bureau of Alcohol, Tobacco and Firearms),” he wrote in an email to SpotlightNews several days after the announcement was made. “Any person engaged in ‘the business’ of selling guns for profit must have a Federal Firearms License (FFL), log firearms into an A&D book and conduct background checks.

“It’s not where you are located but what you are doing that determines whether you are in the business of dealing firearms,” Attorney General Loretta Lynch said on the Monday before the announcement, however the law exempting unlicensed hobbyists and collectors from requiring background checks when trading at gun shows remains intact.

“Any gun show that I have attended in the last decade requires sellers to have a FFL and conduct background checks on all sales,” said Olesen. “The real effort by this administration was to outlaw person-to-person transactions. The myth that you can buy a gun over the Internet is not only a misrepresentation, but an outright lie. All internet transfers must occur from dealer to dealer resulting in a background check at delivery.”

Actions announced by the president include: the hiring of more than 230 FBI staff to facilitate faster processing of background checks, which become unnecessary if unprocessed for more than three days; the inclusion of funding in his 2017 budget to hire an additional 200 ATF agents and investigators; the establishment of an internet investigations center to track online trafficking; the admonishment to states to provide complete criminal, domestic violence and mental illness histories, as well as ensure more robust enforcement of regulations; and $500 million in additional funding to expand access to mental health care.

#While some conservatives immediately characterized the president’s actions as over-reaching and unconstitutional, many advocates for increased regulation feel that the president did not go far enough to address the fact that there are more than 30,000 Americans killed by guns every year, and would have preferred to see him require background checks for every purchase, ban sales to individuals on the “no-fly” list and ban large-capacity magazines outright. Recent polls have shown that almost 90 percent of Americans—and more than 80 percent of gun owners—support, at the very least, a requirement for universal background checks.

#“We do not have a gun violence problem in America,” insisted Olesen, who recently donated money to a local gun safety program at Victory Christian Church in Albany called Gifts for Guns that trades $100 gift cards for illegal, unregistered firearms. (Guns for Gifts has taken more than 600 illegal guns off local streets, according to Pastor Charlie Muller, who has run the program for six years.) “We have a huge problem with crime, criminals and a justice system that excuses actions instead of focusing on corrective and rehabilitative efforts.”