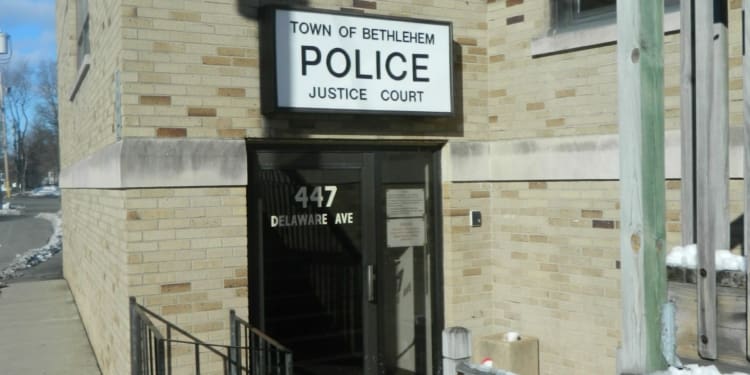 The Town of Bethlehem and its police officer’s union have come to a new contract deal more than one year after the previous contract expired.

The Bethlehem Town Board officially approved the new contract with the Bethlehem Police Benevolent Association on Wednesday, Feb. 23. The previous contract expired at the end of 2011, as did those with the police supervisor’s union and telecommunicator’s union. New contracts have already been negotiated with those smaller bargaining units.

“We were pleased after many months of negotiations that required mediation and was heading to the costly arena of arbitration, that by working together with the PBA’s new leadership we were able to come to this agreement,” said the town’s Director of Human Resources Mary Tremblay-Glassman.

Town officials said the changes made in the three-year contract will save the town about $80,000.

Other changes include a payment in lieu of health insurance of $2,000 to $3,000 for those who refuse the town’s health insurance to be on a spouse’s plan. Officers and detectives may now also bank up to 40 hours worth of overtime to use how they wish, instead of getting paid for it, while the amount of personal days will increase from four to five.

Tremblay-Glassman commended the union’s new president, Officer Michael Berben, on “understanding the complexity” surrounding the negotiation and commended his hard work to come to an agreement.

“Once again, I will ask the Town Board to recognize that all town employees have made concessions in these difficult economic times,” she said. “We have asked them to do the same job with less and they have left the table understanding the financial difficulties that face the town while working collaboratively to find avenues to come to this agreement.” Town Board members agreed, and at the meeting stood to applaud the efforts of the town’s police force and dispatchers.

Berben later said he could not speak openly about the new contract, as the PBA is still involved in a labor dispute with the town over restoring vacant positions cut in this year’s budget, but said the union made major concessions for the good of Bethlehem residents.

“With this contract, our membership anticipates the replacement of seven vacant positions due to attrition. In the near future, additional retirements are expected and it is the hope of our membership that staffing levels do not further decline,” he said in a statement. “Our membership is devoted to the Town of Bethlehem and is committed to providing the highest possible level of service and protection.”

LETTER: Many thanks to Bethlehem YMCA