A partnership for pets 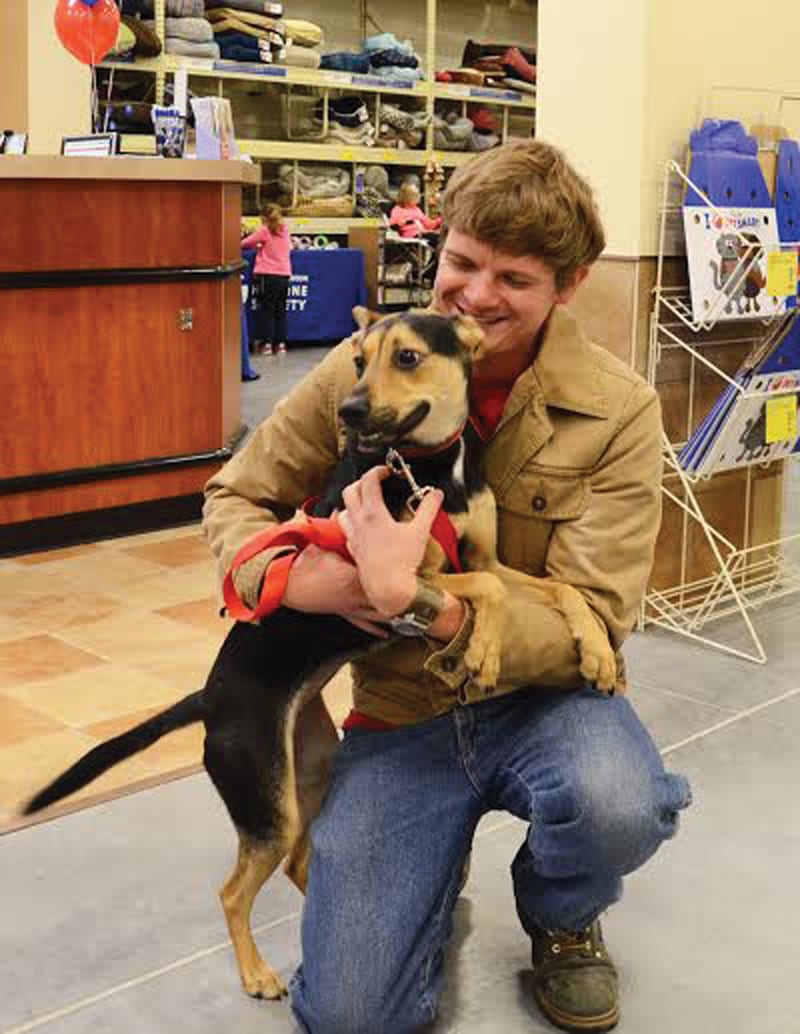 A chain pet supply store in Latham has partnered with a local animal rescue organization to add a pet adoption center inside the store.

The Everyday Adoption Center (EAC), only the 19th of its kind in the country, will be open seven days a week and run by the Mohawk Hudson Humane Society, a nonprofit organization that finds homes for rescue pets.

The partnership gives more people the opportunity to see the animals than if they were just in the shelter.

“We’ve been talking to PetSmart charities for 3 years to get to this point,” said Brad Shear, the executive director of the Mohawk Hudson Humane Society. “It takes a lot of planning, and it takes finding the right partner and the right store to put it in.”

The process takes a while because there are many factors to consider, including whether the PetSmart store had the room to hold the animals.

“PetSmart Charities recognized Mohawk Hudson Humane as a very well respected organization in the animal welfare world.  We knew that the partnership with PetSmart Charities could make a significant impact in the lives of homeless pets not only locally, but out of state as well,” said Gina Barborek, project manager of EAC’s for PetSmart Charities.

“In addition to being an EAC partner, Mohawk Hudson Humane is also a Rescue Waggin destination shelter.  This means dogs are transported from areas of the country with more pets than adopters to their facility, where they find forever homes.  So, they’re clearly the perfect fit,” said Barborek.

The grand opening took place Friday, Sept. 12, but the EAC has already been in operation for almost a month and has been having a lot of success finding homes for pets.

“We had the grand opening last week, but we’ve been open for a month. There were 100 adoptions in the first month. It seems like we’re doing really well. Once they get over there, they seem to go quickly,” said Shear.

While things are taking off regionally, PetSmart Charities has been doing similar partnerships for four years with other pet adoption agencies across the country.

“We are very proud of what we’ve been able to achieve with the help of our EAC partners.  Our first EAC opened in Fort Worth, Texas in April 2010.  Since that time, we’ve opened 19 centers. To date we’ve found homes for over 71,000 pets, just out of 19 locations,” said Barborek.  “The average length of stay for a pet in the EAC is four to six days before they find a home.  The program continues to grow and by the end of the year we’ll be opening four more locations increasing the number of adoption centers to 21.”

The decision to rescue a pet or buy a new puppy or kitten is up to the individual, and PetSmart will have options for both.

“There are so many benefits to adopting a shelter pet.  First and foremost, you’re saving a life.  Many shelters are forced to euthanize for space.  By adopting from a shelter, not only are you saving the life of pet you adopt, but you’re actually saving the life of the new pet that will occupy that space next.  So, you’re, ‘saving it forward.’ There are so many wonderful pets in shelters just waiting for someone to adopt them,” said Barborek.

Shear said the Mohawk Hudson Humane Society is pleased with the partnership and the opportunities it creates for rescue animals to find a new home.

“We’re very appreciative of PetSmart and PetSmart Charities for giving us this opportunity. It’s really an honor and says something about the Capital Region that they were willing to put one here,” said Shear.

For those looking for more information about the Mohawk Hudson Humane Society’s new Everyday Adoption Center at the PetSmart in Latham Farms, call 434-8128 or 785-4621.