Array of light at Owens Corning

by Marcy Velte
in Business
0 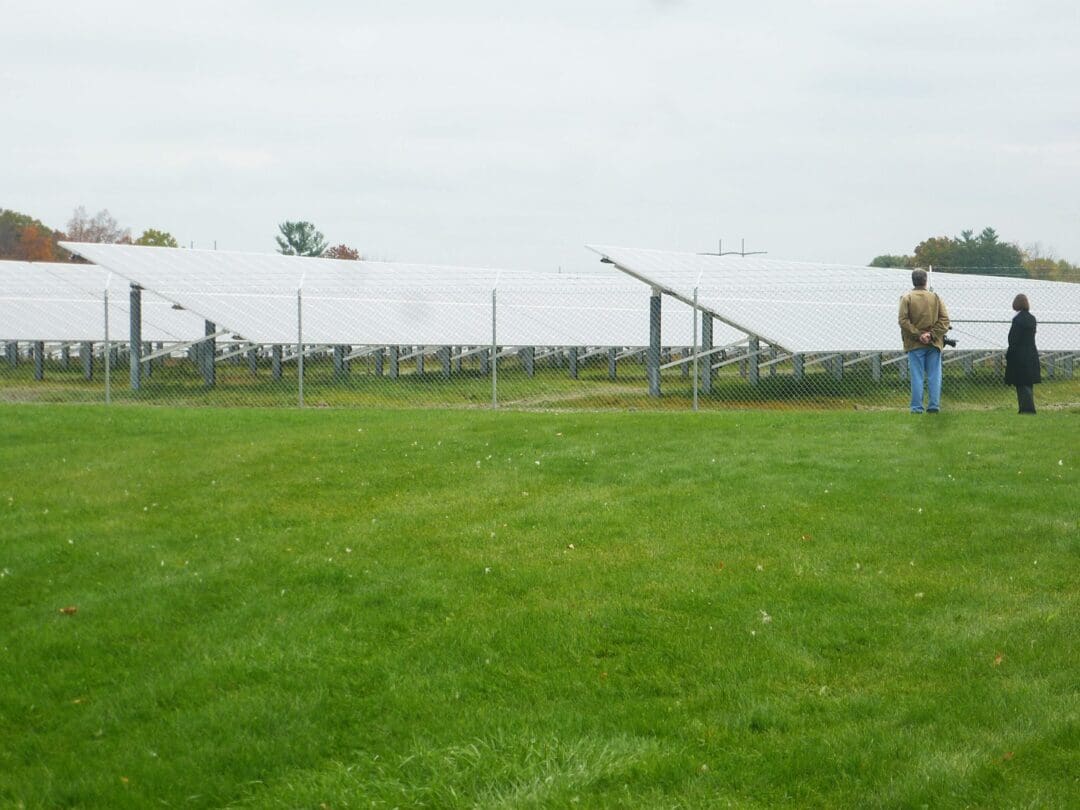 After a nearly four-month installation process, Owens Corning recently celebrated the completion of its large-scale solar generation project on site at the company’s Delmar plant.

Representatives from Owens Corning, the New York State Energy Research and Development Authority, National Grid and the Constellation Energy Group were all present for a ribbon cutting ceremony at the plant Tuesday, Oct. 15. The solar generation project saw the installation of 9,000 ground-mounted solar panels on 9.6 acres of the plant’s land.

“As a company that firmly believes it is our duty to help solve the world’s most pressing energy and climate challenges, we are constantly seeking solutions that will materially contribute,” said Doug Pontsler, vice president of environmental health and safety and operational sustainability at Owens Corning. “This project is a great example of that and we’re quite proud.”

The company said the project is the first stage in developing 200 acres of land it has available on the property for similar sustainable uses. The 2.7-megawatt system will generate about 3.3 million kilowatt-hours of electricity per year, providing about 6 percent of the plant’s annual power usage.

According to Owens Corning, if that same amount of power were generated using typical nonrenewable resources, about 2,339 metric tons of carbon dioxide would be released into the atmosphere. That equals the annual emissions of about 487 vehicles.

“The products we manufacture in this plant are a primary way to reduce consumption in residential and commercial buildings, saving consumers and businesses billions of dollars in heating and cooling costs,” said Julian Francis, Owens Corning’s vice president and general manager of residential insulation. “And, of course, not using energy in the first place is the best way to protect our natural resources.”

The project is being partially supported by NYSERDA. In March of 2013, Gov. Andrew Cuomo announced the state would provide funding through his New York Sun initiative to “develop and construct large-scale solar projects throughout the state.”

“Clean, renewable business is good for the environment and good for New York businesses,” said state Sen. Neil Breslin, D-Bethlehem, who was also in attendance. “Through the NY-Sun initiative we will continue to create clean energy jobs and a more sustainable future for our state.”

According to Bethlehem town officials, about 50 percent of the project will be paid for through a NYSERDA grant. Owens Corning also entered into a 20-year power purchase agreement with Constellation and in exchange, the company will pay to build and maintain the system. National Grid also contributed about another $1 million in energy efficiency grants.

Bethlehem Councilman Bill Reinhardt represented the town at the ceremony, along with Deputy Supervisor and Planning Board member John Smolinsky.

Reinhardt said he was excited to see Owens Corning’s solar project come to fruition because the town has applied for funds in order to complete a similar project on town property.

“If this project is successful, it could be seen as a precedent to help our application get approved,” he said.

In August, the town approved a resolution to sign a letter of intent with Borrego Solar to develop the town’s clay mine site on Bridge Street in Selkirk.

The town has a project application submitted to NYSERDA for funding. Borrego Solar would grant additional financing, so the town would incur no capital costs. The thought is for the town to target underutilized land to generate energy credits for a large energy consumer, like the water treatment facility.

If the application were approved, the town would need to enter into an easement agreement and power purchase agreement with Borrego.

Erik Deyoe, the town’s commissioner of public works, said he believes the solar panels would not be viewable from the street and many people would forget the power generation system was there once the project was complete. The plan would need to go through an environmental impact review.

The project would be comparable to the Owens Corning array. About 10 acres of the site’s available 80 acres would be utilized for the project. The town would then have the opportunity to expand the site in the future.

“I think it’s an exciting opportunity for the town,” said Reinhardt. “It’s great to see Bethlehem turning into a truly sustainable community.”

The project would rely solely on the town receiving a bid approval from NYSERDA for the grant. The town would then need to enter into a power purchase agreement with Borrego Solar.

Gym opt-out on track at BC