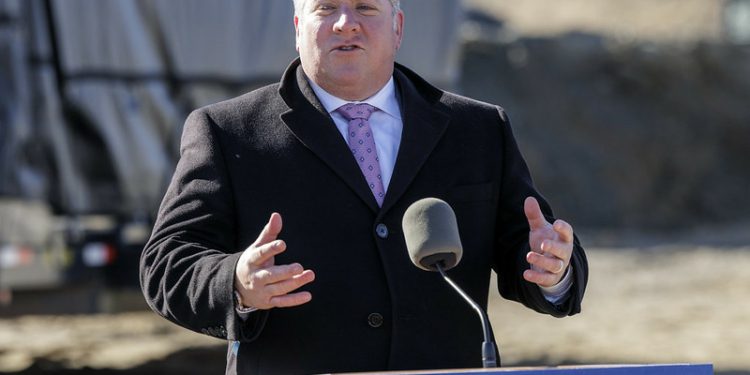 The County Executive announced his campaign in tandem with Albany County Sheriff Craig D. Apple, Sr. and Albany County Comptroller Susan A. Rizzo, who are both running for additional four-year terms as well.

“It has been the honor of a lifetime to serve as County Executive over the last nearly twelve years, and together we’ve overcome some of the toughest challenges imaginable and transformed Albany County for the better in the process,” McCoy said. “We dug ourselves out of the Great Recession and built up our reserves to put us on the right footing to respond to COVID, without cuts to services or layoffs.”

McCoy cited his cuts in taxes and the county’s investments in economic development.

McCoy, who was in attendance during Plug Power’s ribbon-cutting ceremony last Thursday, also highlighted the county’s support for renewable energy industries and electric vehicle infrastructure. The establishment of the Advance Albany County Alliance economic development organization, he said, played a key role in keeping Plug Power and an associated 1,600 jobs in Albany County.

“Albany County is now more innovative, more collaborative and more responsive to the people than ever before. But our work isn’t done yet, and there is still more we need to do,” McCoy said. The County Executive listed issues mental health and opioid epidemic among his targets for the upcoming term, as well as global warming, workforce shortages, inflation, a looming economic downturn, and historic economic and social inequities. “And we will answer that call as we have before, in a partnership as one community. I hope the people of Albany County continue to put their trust and their faith in me to lead for another four years,” he continued.

Keep your card at home