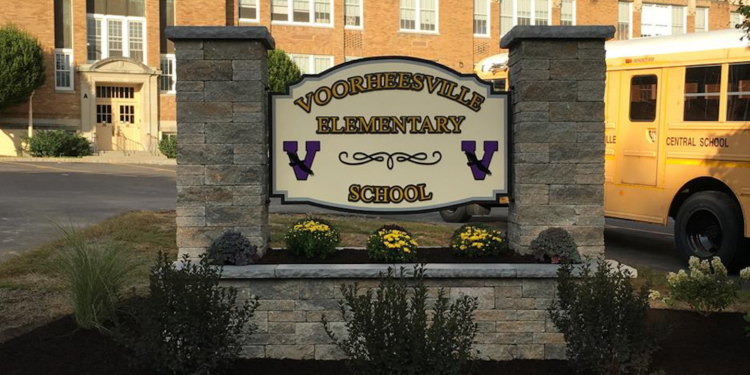 Nearly 70 percent of voters approved the largest of two propositions, a $25.2 million capital project that aims to address several needs for the ever-expanding school district. It’s to include updates at the elementary school, a new transportation facility and infrastructure updates.

According to the district, the voters’ approval of the capital project will protect the community’s long-term investment in our school facilities by improving health, safety, ADA compliance, and security measures; advancing and improving our instructional programming; addressing growing enrollment needs and achieving energy efficiencies and cost-saving measures.

Residents approved the second measure by a larger margin — 81 to 19 percent — that is expected to help the district reduce its greenhouse gasses and energy consumption to the equivalent of 1,302 cars removed from the road annually.

“Thank you to our community for supporting our students, as well as our vision for our future,” said Superintendent of Schools Frank Macri. “We are excited to get started on this important work.”

• Centralizing the administrators’ and health offices

• Creating a new cafeteria in the existing transportation facility space, that will double as self-contained community space

• Elementary stairwell replacement to include ADA-accessibility

• Fixing the failing drainage system on the district’s soccer field

One of the biggest factors in the district’s decision to propose this project is growing enrollment. The district recently underwent two enrollment studies to examine its growing population and the effect that may have on school use.

The first study, a five-year district-wide school enrollment projection study, was conducted by the Capital District Regional Planning Commission. The district conducted a follow-up study that the Board of Education used to identify various elementary building configuration options that would accommodate the anticipated growth of the district. The findings of both reports include the potential for the addition of 350 new students into the district over the next 10 years.

The reports looked at key indicators such as 20-year enrollment trends, birth rates, residential housing activity, and more, as a basis for developing these projections. The reports also took Guilderland’s Albany Country Club project into consideration.

The second proposition on the ballot asks voters to approve an energy performance contract for $2 million. This proposal does not impact the district tax levy, and is paid for through state funding and energy cost reductions.

An EPC is an initiative that allows school districts to take budgeted utility and operational costs and reallocate them into energy-saving capital improvements without the need for increased taxes.

Bundling this proposition into the upcoming December vote is a fiscally-responsible way to switch to energy saving protocols across campus–retrofitting LED fixtures in the middle and high school and installing new fixtures at the elementary school.

The capital project proposition authorizes the district to use $4.5 million in capital reserve funds to pay for this project.