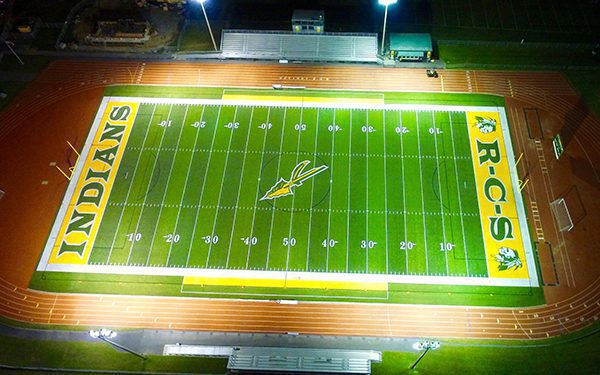 ALBANY — New York public schools still sporting “Native American symbols or depictions” have been ordered to retire their mascots by the end of the next school year following a court ruling that decided against one school that sued to keep theirs.

Cambridge Central School District is one of approximately 60 school districts in New York that has kept its “Indians” mascot despite a 2001 state education department memorandum ordering schools to drop the offensive name.

“Those school districts that continue to utilize Native American team names, logos, and/or imagery without current approval from a recognized tribe must immediately come into compliance,” stated James N. Baldwin, Senior Deputy Commissioner, in a statement shared on Thursday, Nov. 17. “Should they require guidance, districts may reach out to those districts that successfully retired their mascots or their local Board of Cooperative Education Services.”

Ravena Coeymans Selkirk is among those school districts that have continued to carry the Indians name. The image of an arrowhead affixed to a spear is depicted on both the football team’s helmet and playing field.

Baldwin said the department is developing regulations and said that should a district fail to commit to replacing its team name, logo, and imagery by the end of the 2022-23 school year, the punishment could include the removal of school officers and the withholding of State Aid.

The Cambridge school district had voted to remove the name in 2020, only to have to decision reversed the following year by newly elected members on the board who didn’t agree with the measure. Community members balked, appealing to the Commissioner of Education under Education Law.

When the commissioner ruled against Cambridge, the school district appealed to the state Supreme Court which affirmed the determination in June. The court stated that the continued use of the ‘Indians’ nickname and imagery was an “abuse of discretion.”

In 2001, former Commissioner of Education Richard P. Mills issued a memorandum “conclud[ing] that the use of Native American symbols or depictions as mascots can become a barrier to building a safe and nurturing school community and improving academic achievement for all students.”

The recent decision cited the Dignity for All Students Act, prohibiting “the creation of a hostile environment … that … reasonably causes or would reasonably be expected to cause … emotional harm to a student,” a condition that could be created through the use of Native American mascots.

“Schools are learning environments; students learn as much through observation of their surroundings as they do from direct instruction,” Baldwin stated. “In addition to their legal obligations, boards of education that continue to utilize Native American mascots must reflect upon the message their choices convey to students, parents, and their communities.”

The education department included additional studies and literature arguing that the continued use of Native American mascots, often portrayed based on stereotypes, was harmful to both Native and non-Native Americans.

“Thus, the court’s decision establishes that public school districts are prohibited from utilizing Native American mascots,” Baldwin stated. “Arguments that community members support the use of such imagery or that it is ‘respectful’ to Native Americans are no longer tenable.”

Five Questions with Will Brown