Five Questions with Will Brown 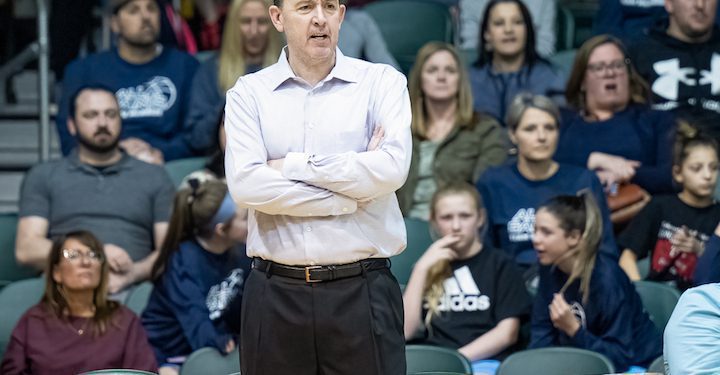 ALBANY — Soon Will Brown will begin his second season as the Head Coach and General Manager of the Albany Patroons, the Capital District’s professional basketball team that competes in the TBL (The Basketball League). Brown is well known locally for his tenure as the Men’s Basketball Head Coach for the University at Albany for 20 seasons. Brown and his wife Jamie reside in Latham. They have two sons, Jackson and Landon.

• You are ready to start your second year as Coach of the Patroons. Last year the team had an overall record of 29-4, but fell one game short of the championship. What did you learn from your first year?   As a long time college coach this season presented many new challenges for me.  I had to adapt and adjust to the pro game and a new set of rules.  I learned how to manage roster turnover throughout the season.  At the pro level your roster can change on a daily/weekly basis as players are waived and added.  Managing egos at the pro level is a challenge.  We were fortunate as we had a good group to work with this past season.

• What are the differences between coaching at the college versus the professional level?  The rules are different.  For instance, the shot clock in college is 30 seconds and it is 24 in the pros.  The pro game has illegal defense and a wider lane.  You only have 8 seconds to advance the ball over halfcourt in the pro game where as you have 10 in the college game.  The college game is 40 minutes long and the pro game is 48 minutes.  At the college level players are focused on getting a degree.  At the pro level guys are focused on making a living playing the game of basketball.

• What do you find the most satisfying about coaching?  The most satisfying part of coaching is to see the growth and development of the players during the season and throughout their careers.  This goes for on and off the court.  Many people think it is about winning and championships.  Don’t get me wrong, I am the ultimate competitor.  We want to win.  However, success can be measured in many ways.  Watching the players and team work hard collectively to achieve their goals is very rewarding.  Anything we can do to help impact their lives away from basketball makes me feel good as a coach.

• You have been coaching in this area at the top level for over 20 years. Why do you think the Capital Region is a great place to play basketball?  The Capital Region is loaded with sports fans.  Especially basketball fans!  The high school, college & pro teams in the area receive tremendous coverage from the local media outlets.  In most cases the entertainment is affordable and enjoyable.  You have some really good programs and coaches in the Capital District.  The area offers variety and talent at all levels.

• If you could pick one reason people should come down to the Armory to see a Patroons game, what would it be? I am not going to give you just one. We will provide a high level product that is entertaining and affordable.  The Armory is a historic venue that is a great place to watch a basketball game.  You are right on top of the action.  We have new owners who are community people and committed to making the Patroons “The Community’s Team!”