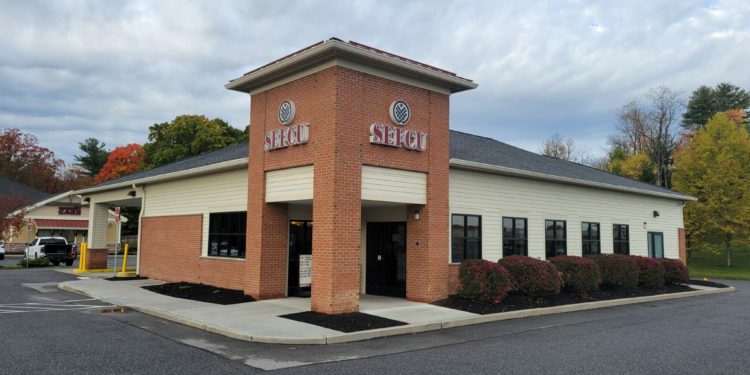 SLINGERLANDS — Bethlehem police arrested four people last week after they attempted to withdraw more than $100,000 in fraudulent loans made out under the names of SEFCU customers whose names they stole with the help of an employee.

The SEFCU branch at 12 Vista Blvd in Slingerlands called police on Thursday, Oct. 13 to report a man was attempting to use a fraudulent identification to withdraw $20,000 from the credit union. Police arrested Davon Parson, 19, of Albany, from inside the credit union. At the same time, they stopped Evan Cutler, 23, of Menands, in the parking lot for driving without a license in an uninsured vehicle.

Once the two were in custody, police said they started to piece together a larger scheme, with the assistance of SEFCU Fraud Prevention, that involved two additional people. Dnauticah Taylor-Sterman, 20, of Menands, had applied and received a loan a week before under a name she allegedly received from a SEFCU teller, Caeshara Cannon, 33, of Watervliet. Cannon allegedly provided client information for all the pending cases.

According to police records, the three created supporting documentation after obtaining the identities of SEFCU customers from Cannon. They would then apply for and receive approval for personal loans, receiving cash in the transactions. Police said the first of several transactions began when Parson and Cutler allegedly cashed a $9,000 check at the Glenmont branch in August.

The investigation is ongoing and more victims have come forward. According to available reports, the timeline is:

A spokesman said the credit union is working with police to find additional victims and that it is continuing to monitor the situation.

“Maintaining the safety and security of our employees, members, and their assets is our top priority. We are cooperating with law enforcement to ensure this situation is resolved swiftly and justice is served,”Ken Jubie, Vice President of Communications and Public Relations Broadview FCU said.

SEFCU and CAPcom announced a merger of the two local credit unions in June, to rebrand under a new name, Broadview Federal Credit Union. Branches currently still display the SEFCU and CAPcom signage as the rebrand continues.

According to reports, the Albany County Sheriff’s office is investigating the weapon and drug charges at Cannon’s apartment.

Parson was charged with felonies of grand larceny, identity theft, possession of a forged instrument, falsifying business records and misdemeanors of conspiracy and criminal impersonation. He was also wanted on three outstanding warrants from Warren County Sheriff’s office.

All four were arraigned in Bethlehem Town Court by Andrew Kirby and released on their own recognizance.  Parson was handed over to the Warren County Sheriff’s office. They are scheduled to return to court on Tuesday, Nov. 15.

This story is ongoing and will be updated.