SPOTTED: It’s a Small World – a macro photo gallery of bugs and flowers 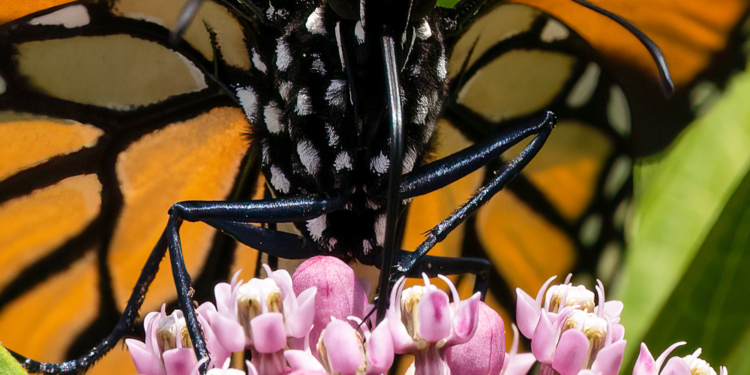 The one shot that sums up what I learned this summer from my new hobby of macrophotography is of a dandelion that had gone to seed — or that ball of white puffy stuff kids wish upon before blowing it into the wind.

I had my camera, with a relatively new macro lens attached, and as I walked by what is widely consider a weed I decided to take a couple shots. My camera autofocused on the white things that most people see, and then I played around a bit and manually focused on its center, the ball holding the stems that hold the white puffy things.

The result, by looking just a bit closer even at something as mundane as a dandelion, was as unexpected as it was beautiful.

I readily admit I got into macro photography on a whim. I walk my dog every day — rain or snow, if its 97 or minus 7 — and it started as something for me to do while Bixby sniffs trees and chases chipmunks through the woods.

So, what is macrophotography? Put simply, all it really means is creating an image of something as large or larger than it is in real life. For example, the intricate head of the damselfly below is about an eighth of an inch across, at most. Seeing one balance — or pose — on the edge of a leaf is, well, pretty cool.

And, there are nearly as many ways to take a macro photograph as there are subjects. From attaching the lens backwards on the camera, to extending the distance between the lens and the sensor by using tubes or bellows to attaching what is essentially a magnifying glass to the front of a lens. Even cell phones offer macro options.

The best part about it, though, is being able to literally walk anywhere and find scores of things to shoot; most of which have probably been walked by a thousand times without a second glance or thought.

Some of the photos in the gallery below are macro in the traditional, purest form of at least one-to-one magnification. Others are just close ups of some bugs or flowers. Either way, it has been a most satisfying endeavor, and it has given me a different perspective on a lot of things.

Click on one below to view a full size image and to see a gallery of the rest.

Bethlehem Public Library : How to raise a Thriver