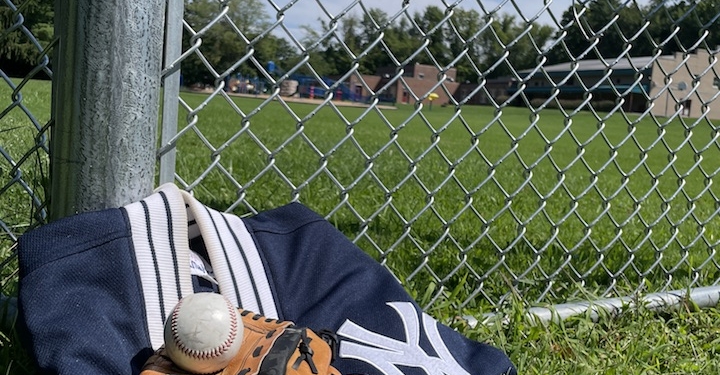 By appearances, Dan followed the advice that one shouldn’t dress for the job they have, but for the job they want. When he rolled up into the school parking lot, the gravel crunching underneath the tires of his sedan, he emerged from his car appearing every part of a financial executive; a sharp-looking dress shirt, a colorful tie, paired with a dark jacket and suit pants. It reminded me of the professionals in downtown Albany from which my father worked.

My father worked for a stock brokerage firm just across the street from Jack’s Oyster House on State Street. That’s where executives often wore their dark suits with bold-colored ties. That choice of attire shared a message to anyone paying attention, do this or fail.

Do you want to earn money off Wall Street? Invest in this or allow the next person to prosper.
Do you want that promotion? Reach your quotas by the end of the month, or someone else gets that corner office. Before the 4 p.m. bell rings, one has to understand that there is always a trade between comfort and potential gains. Gamblers say it best, “Scared money don’t make money.”

But as Dan stripped down to a pair of gym shorts and a baseball tee it grew more apparent that the job he wanted was not the one he left to arrive here at the schoolyard. And he has a purpose.

Baseball has a way of magnifying the disparity between the years. The divide is perhaps none more apparent than that observed by the adolescent sitting idle on his bicycle, with his baseball mitt dangling from the handlebar. Life in baseball is a short one. We crawl to it in t-ball, and walk through basic drills in Little League. We learn to fly as teenagers, and just as we start to appreciate the minutia of the game, we trip and fall.

Most of us step away from the ballfield long before we graduate high school. A widely circulated estimate states that 1 in 8,000 high school seniors will make a Major League Baseball team. You’re more likely to be accepted to Harvard University, assuming you have the grades. But baseball players are not normal. In the ‘80s, Will Clark and Wade Boggs boasted of having 20/10 vision — better than perfect. When Boggs’ batting average slipped from .332 to .259 the following year, an eye exam revealed his eyesight degraded to a mortal 20/20 standard.

Dan often visited the Slingerlands Elementary schoolyard, walking onto the soccer field with a fungo bat in one hand and a basket of baseballs in the other. Initially, he looked out of place. He looked old to a 12-year-old when in reality he was years before reaching 30. None of us could keep up with him as he sprinted the length of the field to start his workout. Even with his knee brace.

After curious kids asked about the brace, Dan shared he had injured it while playing in the minor leagues. He was once a prospect for the Baltimore Orioles before an unfortunate encounter while running the bases. Just as I can’t remember his last name, I can’t recall the details of his injury. It nonetheless shaped his present day, one defined by him running baseball drills with eager kids smashing fly balls to him.

From Dan, we learned to run after the ball in such a way as to keep our heads still, allowing us to track the ball better while it was in flight. We’d watch him pursue the ball. Like a cheetah running after its prey, his head remained level while his legs absorbed the shock of his footfalls. He’d snatch the ball out of the air, slap the gloved ball against his leg and let out a sound like he was clearing his throat. This collection of noise resonated across the yard. As kids, we followed along. We figured it was another way of dressing the part of a professional baseball player.

On the other side of the schoolyard’s treeline lived a man who understood the look of a baseball player. While we actively dreamed of afternoons playing on the green grass of Yankee Stadium or Fenway Park, neighbor John Stokoe served as a head scout for the Baltimore Orioles. He started out as a local kid making headlines in the TImes Union as a left-handed pitcher in high school. The Braves signed him, and with them he played in the minors for a few years before settling down to family life with his wife Barbara, taking a job with an insurance company.

Stokoe continued to play the game as an amateur in the Albany Twilight League. For six years, he was a player/manager winning championships for Mike’s Subs and Finkle Jewelers. As the sun retreated behind the Albany skyline surrounding Bleecker Stadium, he met Barney Lutz.  Lutz was a scout for the Orioles, and soon lent Stokoe the opportunity to do the same. A few short years after he was hired on, Stokoe signed Mike Flanagan, a young pitcher from New Hampshire despite having developed early arm trouble. Another six years later, the same pitcher would earn the Cy Young Award on the way to leading the Orioles to the American League pennant.

Flanigan’s success earned Stokoe a promotion. Before he retired, the scout was responsible for assessing talent up and down the East Coast. To celebrate his career, he was honored by throwing the first pitch before a game at Camden Yards. Flanigan caught the pitch.

Stokoe died in 2019. His obituary read, “John’s commitment to finding the best prospects for the Orioles was not limited to assessing a player’s current physical ability but also to scoping out a future player’s potential. John had the skill to develop a relationship with the prospective ball player and his family, thus, getting a picture of the player’s character, as well.”

Through the distant lens of hindsight, Dan was showcasing his talents, his abilities, and his knee to more than just curious kids. The undeniable crack of a fungo bat was an indiscreet knock on Stokoe’s door, a bold invite to have him watch.

For a handful of nights, we all stood a few hundred feet away from playing professional ball. The dream was just farther away from being realized for some of us.