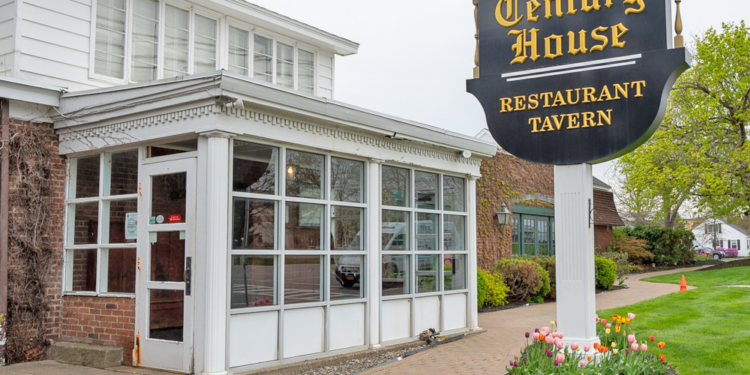 COLONIE — A plan to demolish most of the Century House complex and construct a 130-unit apartment complex was formally introduced to the Planning Board at its last meeting.

The plan, which was first reported in May, follows the sale of the iconic Century House to Sunrise Management and Consulting, a Latham-based development company. It would need a Planned Development District to allow development outside the parameters of the current Commercial Office Residential zoning.

The plan was presented in two parts. The first would construct a three-story, 24-unit building on the east side of the site and a 3.5-acre 58-unit building at the southwest corner.

The Century House banquet hall and restaurant would remain open, until the remaining members of the O’hearn family — which started the business in 1949 — choose to retire.

When that happens, it will be demolished and replaced with a 3.5-story, 42-unit building.

The hotel would remain and the plan is to share amenities like a fitness room and a pool with the new apartments.

“We would be the only apartment complex in the town that has a 24/7 front desk and the ability to use that as a business center to accept packages, for example,” said Jessie Holland of Sunrise Management. “We have a chef making breakfast at the hotel and it could be an amenity to the apartments. We have housekeeping in the hotel, and we never had the ability, in an apartment complex, to offer housekeeping services. We think it is a unique concept and what we can do with the synergy of the two together.”

To get a PDD takes a number of steps — that can take up to a year — and will ultimately be decided by the Town Board, generally with Planning Board input.

The current zoning is Commercial Office Residential, and under those regulations there could be up to 34 residential units to accompany the some 21,000-square-foot hotel that will remain on the site.

Under the proposed PDD, the 14.1-acre site, with seven acres that are not constrained — or land that is developable — that density would increase by 96 units. There is a public benefit attached to a PDD that is formulaic and based, in part, on density. It can come in a variety of forms from cash to in-kind services but must benefit the town as a whole rather than just the project.

Joe Grasso, the Town Designated Engineer on the project, said the Planning Board has not looked favorably on residential developments along the busy Route 9 corridor but those projects have been much smaller.

The plan was introduced as a sketch plan, and will need to come back before the board at least twice more before construction can start.

There are a number of issues that need to be worked out including parking, wetlands, the target audience and the actual phasing of the construction.

“I can’t see you phasing this. I don’t see the Century House surviving while you are building these buildings around it. I don’t think you can have enough parking for the Century House to survive while construction is going on and I can’t imagine anyone pulling into the hotel while this is going on,” said Planning Board Chairman Steve Heider. “I don’t know how you are going to phase it. If you’re going to do the whole thing at once you should just say it.”

Learning the lay of the land with the Heldeberg Workshop