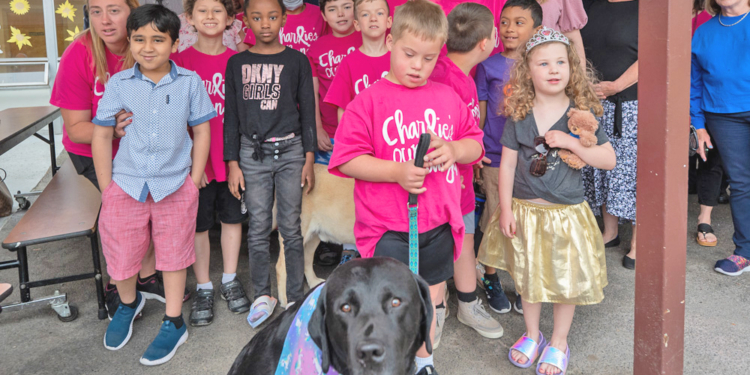 COLONIE — A pig roast/barbecue/fundraiser will be held on Aug. 13 at the Midway Fire Department to help fund an all-access playground at the Saddlewood Elementary School.

The playground is being built to honor Charlie Fernandez, a 7-year-old Saddlewood student who died of neuroblastoma in 2021, a rare form of cancer.

Her family, friends, teachers and staff of Saddlewood, along with Where Angels Play, are planning to raise $100,000 to help build the playground for children of all ages and all physical abilities. At the end of her short life, the cancer took Fernandez’s eyesight and the playground will feature an area with visual impairments.

“This event coincides with Charlie’s birthday and is something she would truly love,” said Danielle Fernandez, Charlie Fernandez’s mom, “She continues to bring joy to our world and shine bright through this incredible project.”

The pig roast and barbeque will feature The Big Body Butcher, a well-known Capital District butcher. Traditional wares will also be offered like hamburgers, hotdogs and chicken. There will also be a bounce house and pony rides for the children.

The cost of the meals is $25 for adults and $10 for children. They can be gotten at the event or until they run out by calling 518.608.5484 or by emailing [email protected] Those interested can also contact Charlie Fernandez’s dad, Jason Fernandez, via Venmo at Jason-Fernandez-81.

There are already major sponsors who have joined the mission including: SEFCU, Hannaford and the Community Foundation for the Greater Capital Region.

Bill Lavin, the founder of Where Angels Play, is planning to attend the event. The Where Angels Play Foundation was founded and its first tribute initiative “The Sandy Ground Project” was completed in just 18 months. Since, 26 playgrounds were constructed along the coast of three states and built by firefighters, police officers, teachers, school administrators and community volunteers.

The Colonie event will take place on Saturday, Aug. 13 at the Midway Fire Department at 1956 Central Avenue from 3 to 7 p.m.