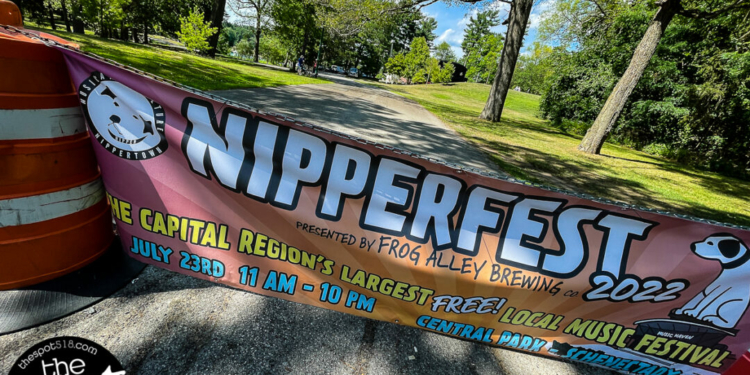 SCHENECTADY — The only thing hotter than Saturday’s record-setting heat was Nipperfest’s music lineup at Music Haven on July 23.

A music-loving crowd trickled into Music Haven. Many of those in attendance initially camped under whatever shade was afforded by surrounding trees. Albany International Airport would later announce a record high of 97 degrees.

The first-time festival garnered a sizable crowd that rivaled that of established concert programs across the Capital District.  The lineup stretched across nearly 12 hours of entertainment, featuring all local music that included acts by Girl Blue, SIRSY, Super 400, Sawyer Fredericks, Erin Harkes and more.

Girl Blue and band at Nipperfest 2022

SIRSY’s Melanie Krahmer assembling her drum kit backstage before her set at Nipperfest 2022.

A fan captures the action on stage.

An RCA Victrola on display at Nipperfest 2022.

Ice cream and shade for these two.

Haven in her eyes.