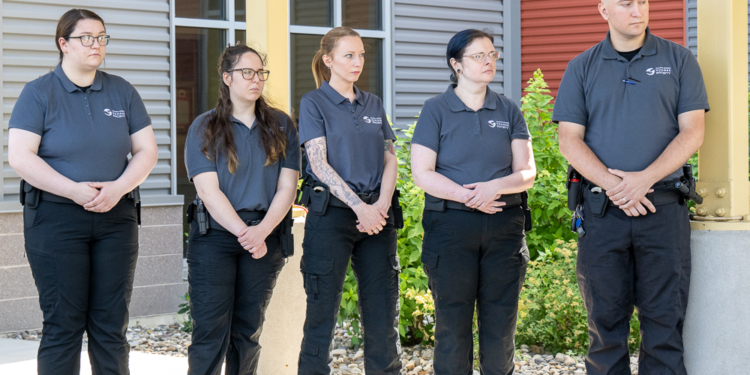 MENANDS — Last year, the Mohawk Hudson Humane Society had 217 animal seizures and typically, about a third of all dogs housed at the shelter at any given time are for legal reasons.

On the one hand, it can involve a tremendous amount of time and legal work to prosecute animal cruelty cases, and on the other, many cases of neglect could be avoided if pet owners knew there is help out there like pet food pantries and affordable pet health care.

Assisting law enforcement with the arrest and prosecution of animal abusers and helping pet owners who might find themselves overwhelmed for whatever reason are the are the two primary functions of the newly expanded team of peace officers who work out of MHHS, said CEO Ashley Jeffrey Bouck.

Three years ago there were not any peace officers with a focus on animal abuse and/or neglect cases,  but after four were sworn in during a ceremony on Thursday, July 14, there are eight. Also, she said, the team will be headed up by a new director of outreach and humane law enforcement, Andrew Fiumano, a peace officer with extensive public safety credentials.

“Completing peace officer training takes great commitment,” Bouck said. “The program includes over 160 hours of coursework in areas such as search and seizure, procedural law, crisis intervention, ethics and report writing, in addition to rigorous defensive tactics training. Completion of such an expansive curriculum shows the dedication of these staff members, whose full-time roles will be complemented by this training.”

The peace officers were trained at the Albany County Sheriff’s Office Public Safety Institute and the MHHS acts as the Society for Prevention of Cruelty to Animals (SPCA) for Albany and Rensselaer Counties.

The peace officers work in collaboration with municipal animal control and local law enforcement to provide services such as animal handling, animal cruelty management, and animal law expertise. The officers will likely enter situations that could include active physical abuse, hoarding, neglect, or abandonment, any of which may require removal, housing, treatment, or extended care of the animals.

“This is a team that has been needed not only in Albany County but in the Capital District for a number of years,” said Sheriff Craig Apple, who swore in the four new peace officers during the ceremony at MHHS. “Data has shown that animal abuse and cruelty serve as yet another early warning sign of an individual’s potential for committing violent acts against others, dangerous mental health issues, or other violent ideations.”

The new officers do have the power to make an arrest and can go out on calls alone should the need arise, Apple said.

“Now that I have a peace officer status and a complaint of animal cruelty. I can assist more on the legal side of things,” Gagnon said. “Before, when we would respond with these calls I could help on the logistical side of things, getting the animals off the properties. Now, if need be, we can make an arrest and help build a case for animal cruelty if that is direction we decide to go.” 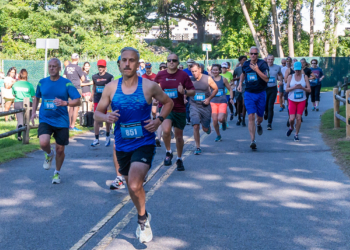