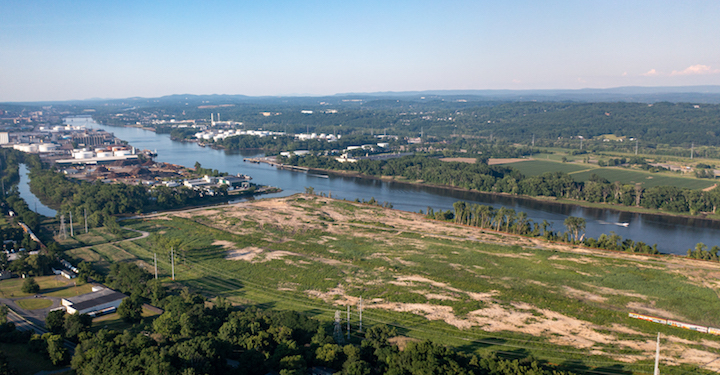 GLENMONT — More than two dozen Bethlehem residents filed an Article 78 proceeding, stating “the spirit of [zoning] laws” were not followed while the Port of Albany’s expansion plan for Beacon Island were under the review of the town’s planning and zoning boards.

The suit, filed on June 17, is specifically against the Town of Bethlehem, its planning and zoning boards, and the Albany Port District Commission. The 31 petitioners seek to reverse the Planning Board’s approval of the plan’s site requirements under state Environmental Quality Review. Known commonly as SEQR, site review requires public comment — which was provided — but neighboring residents said they never received proper notice.

“Not to provide such written notice to residential property owners within the impact area (1-2 miles) for the present 80 acre project, with near and distant views and impacts, is not within the spirit of the law and the duties that a lead agency supervising the Environmental Impact Statement Process is mandated to follow.”

Using language from the EIS process, residents cite the project fails to consider the character of the neighborhood, stating that nearby residences date back to the 1800s, and ignores other facets of the community within a two-mile radius that includes family homes and schools. The port’s plan to build four buildings, as high as 110 feet tall, and 20 27-foot tall smoke stakes is “incompatible with the surrounding neighborhoods.”

Residents said recent treecutting drew their attention to what was ultimately planned for the 80 acres of land. They shared concerns over 2 million tons of fly ash that have remained on the island over the past 50 years in meetings before the Bethlehem Town Board and subsequently with the Albany Port District Commission.

“From the start, the Port of Albany and the Town of Bethlehem have been focused on making sure that the health and safety of the entire community is not adversely affected by this project,” the Port of Albany shared in a statement released on Tuesday, June 28. Port officials continued to described an “extensive and comprehensive” review process involving state, local and federal agencies, including over 5,000 pages of technical analysis and supporting documents.

The Port also addressed the treecutting on Beacon Island, stating the Town Planning and Engineering Department and the New York Department of Environmental Conservation approved the measure. It, however, reportedly went without the U.S. Environmental Protection Agency. According to a news report first reported by Spectrum News, the U.S. EPA had not receive the review documents it requires. The Port said trees were cut following a Stormwater Pollution Prevention Plan that called for leaving the tree stumps and roots in place, and layering woodchips over the site, so as not to disturb the fly-ash.

“The Port of Albany has taken extreme measures to contain the Fly-ash that has been present on this site for over five decades,” port officials stated. “As an additional means to protect the surrounding environment, the Port worked closely with the Town of Bethlehem and NYSDEC prior to tree cutting…”

According to the Port’s statement, future construction will involve air monitoring and soil management plans to mitigate dust, fly-ash and soil erosion. Ultimately, the fly-ash is to be capped under 4 feet of stone.

“The Port of Albany and Town of Bethlehem has followed all legally required permitting processes at the municipal, state, and federal levels,” the Port stated.