Make-A-Wish in search of new CEO 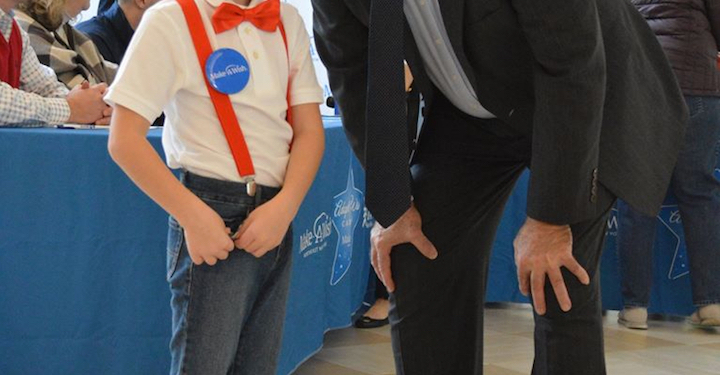 ALBANY — William C. Trigg, III, the longest-tenured CEO in the history of Make-A-Wish Northeast New York, will be stepping down from the position following the conclusion of a nationwide search for his replacement, Trigg and the chapter’s Board of Trustees announced.

Trigg has been CEO of Make-A-Wish Northeast New York since February 2006, making him the longest-tenured chief executive since the chapter’s inception in 1987. In his role, he has overseen 60 percent of the 2,000-plus wishes granted in the chapter’s history.

“After 16-plus years, it’s time for fresh perspective from the CEO chair,” Trigg said. “My passion for creating life-changing wishes for children with critical illnesses will never wane. But I believe the time is right for both myself and the chapter to turn the page.”

The Board of Trustees, with assistance from Make-A-Wish America, will execute a nationwide CEO search, with Trigg remaining in place until his successor assumes the position. No timetable has been set on naming a replacement. After a new CEO takes the helm, Trigg, 67, plans to stay involved with the chapter in a to-be-determined advisory/ambassador capacity.

“On behalf of the Board of Trustees of Make-A-Wish Northeast New York, I want to express our deepest gratitude and appreciation for Bill’s unparalleled leadership and the extraordinary impact he has had in growing the mission of Make-A-Wish across our region,” Board Chair Lisa Clifford said. “Through his dedication and mission-driven leadership, Bill will leave behind a strong and empowered staff, volunteers and community partners who will continue providing wishes for children with critical illnesses and their families.”

In overseeing the day-to-day and long-term operations of the chapter, Trigg has been noted for being as comfortable with the smallest of wish kids and the biggest of donors. He has jumped out of airplanes (10 times at Wish Jump), been splashed in dunk tanks and even slimed in furthering the Make-A-Wish mission.

The recipient of the 2019 Nonprofit Executive Leadership Award by the Capital Region Chamber, Trigg has overseen milestone changes in the chapter, including: a significant increase in the number of wishes granted per year; the start of the chapter’s Walk For Wishes®; the establishment of a 12-member pediatric Medical Advisory Council at Albany Medical Center; the creation of three large endowments; the opening of the Workshop of Wishes, and guiding Make-A-Wish Northeast New York through the coronavirus pandemic.

A native of St. Louis, Missouri, Trigg holds a doctorate in criminal justice from the University at Albany. From 1984-2005, Trigg served as CEO of the New York State Trooper Foundation, where he helped establish and fund programs benefiting the New York State Police, including the NYSP Disaster Relief Fund, the Trooper Foundation Scholarship Fund and the State Police Survivors Program.

Trigg resides in Stillwater, New York, and has two daughters, Genevieve and Amelia. He is engaged to Heidi Eustis.

Make-A-Wish grants life-changing wishes for children with critical illnesses. Make-A-Wish Northeast New York serves the 15 counties comprising the 518 and 838 area codes. The chapter normally grants 90-100 wishes each year, and has granted more than 2,000 wishes since 1987. For more information about Make-A-Wish, visit wish.org/neny and discover how you can share the power of a wish.

PHOTO: William C. Trigg, III, CEO of Make-A-Wish Northeast New York since 2006, will be stepping down as head of the chapter after a successor is named. No timetable is set. He plans to remain involved with the local Make-A-Wish chapter in a to-be-determined advisory/ambassador capacity.