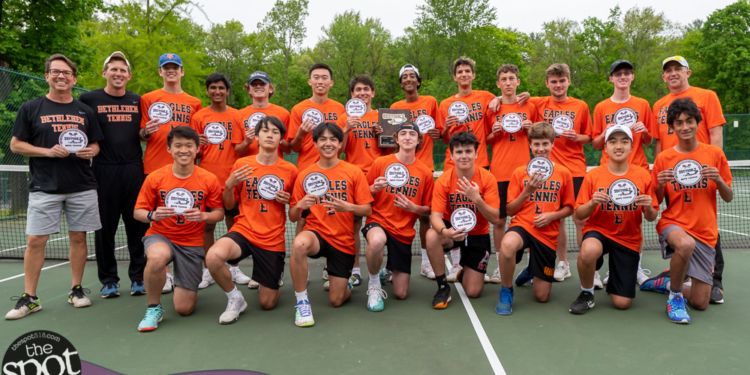 SCHENECTADY — The Bethlehem boys tennis team won its fourth straight Section II, Class AA title by getting by a tough Shaker team at Central Park on Wednesday, May 18.

It was The Eagles sixth straight appearance in the finals and the team won in 2018 and 2019, 2020 was cancelled because of COVID and the team also won last year. In 2016 and 2017, Bethlehem lost to Saratoga.

The Eagles, the No. 1 seed, beat No. 9 seed Albany and swept the No. 4 seed Saratoga 9-0 on Tuesday, May 17. Shaker, the No. 3 seed, got by Niskayuna and then upset the No. 2 seed from Shenendehowa to get into the finals.

The scores in the finals against Shaker are as follows:

2S: Will Bievenue (B) won by forfeit

Click on a photo below to view a slideshow of the rest or click here is using a news app. Some Bethlehem photos are from the match against Saratoga.