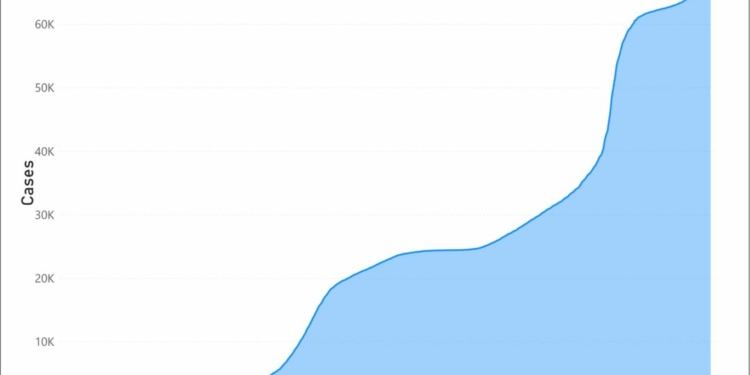 The latest spike brings the total number of cases in Albany County to 68,766 since the pandemic took hold in March, 2020.

There was one death in Albany County from Monday to Tuesday, a woman in her 80s, bringing death toll for Albany County to 553 since the outbreak began.

As of Monday, there were 51 Albany County residents in the hospital, an increase of 23 new hospitalizations since an update by County Executive Dan McCoy on Friday, May 6.

McCoy called that update the “most concerning” he made in some time.

“This is one of the most concerning updates I’ve provided in a long time. The daily average of new COVID infections continues to increase and has now trended above 200; the number of residents currently in the hospital with the virus is now the highest it’s been since Feb. 17; and sadly, individuals continue to succumb to COVID complications,” McCoy said in a statement.

On Saturday, May 7, In the eight county Capital District region percentage of those testing positive was up to 12.2 percent compared to a statewide percentage of 7.9. Rensselaer County had the highest, at 15.7 percent followed by Columbia and Saratoga at 13.6 percent.

Western New York reported the highest percentage of positive tests at 14.2 percent followed by the Finger Lakes at 12.2. When the state was considering re-opening activities like scholastic sports, then Gov. Andrew Cuomo was demanding a positivity percentage of 4.

As the numbers spike, McCoy continues to urge people to get vaccinated and get a booster shot.

“This is the best protection from serious illness if the virus is contracted,” he said. “We also need people to continue getting tested and reporting at-home COVID tests to the county Health Department so we can get a better understanding of the level of community spread.”

Albany County residents can receive free Pfizer, Moderna and Johnson & Johnson vaccines, including booster shots, Monday through Friday, 9 a.m. to 3 p.m., each week at the Albany County Department of Health, 175 Green St. Aside from Wednesdays, appointments are required and can be made on the DOH website or by calling 518-447-7198.