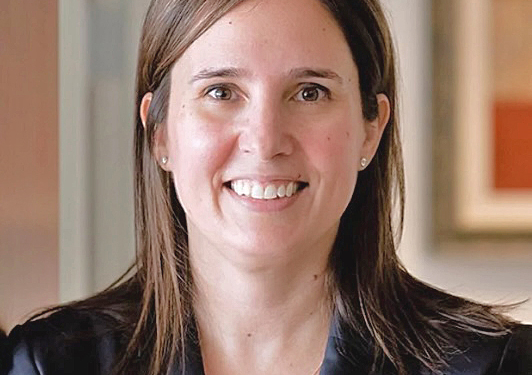 President Joe Biden nominated a Colonie attorney, Anne M. Nardacci, as a judge in the U.S. District Court for the Northern District of New York.

Nardacci is a partner at Boies Schiller Flexner in Albany where she has worked since 2005. From 2002 to 2005, she was an associate at Skadden, Arps, Slate, Meagher & Flom working in the New York City law firm’s antitrust division.

The 44-year-old, 2002 Cornell Law School graduate got a bachelor’s degree from Georgetown University in 1998. Prior to law school, she worked in the office of U.S. Rep Michael McNulty.

In November, 2021, Sen. Charles Schumer recommended Nardacci for the position.

“Anne Nardacci, a legal leader and Capital Region native, has spent nearly 20 years of her career fighting for transparency, the rights of consumers, and taking on big corporations for wrongdoing, making her perspective invaluable in ensuring the federal judiciary fulfills its obligation to ensure equal justice for all,” Schumer said in a statement announcing his recommendation. “Ms. Nardacci is an accomplished attorney, with profound integrity, a sharp legal mind, and a passion for the rule of law that would bring dignity and honor to her post on the U.S. District Court for the Northern District of New York.”

She was one of five federal judicial nominations made by Biden last week. His nominations must now be confirmed by the U.S. Senate judiciary committee prior to a vote by the full Senate.

This is President Biden’s 17th round of nominees for federal judicial positions and his fifth slate of nominations in 2022.

If approved by the Senate, Nardacci will fill a spot vacated when Judge Gary Sharpe was elevated to senior status.

Nardacci grew up as Anne Torrey in East Greenbush and graduated from Columbia High School. She lives in Colonie with her husband, Tom Nardacci, president and founder of Grammercy Communications, and their two children.