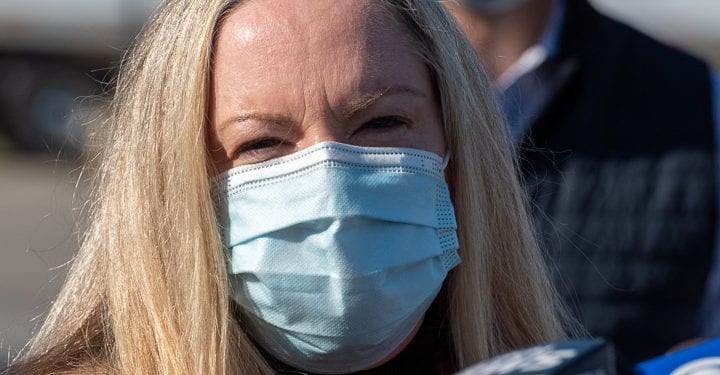 ALBANY — Because of a spike in COVID-19 cases, the county Department of Health is “strongly recommending” everyone, regardless of vaccination status, wear a mask in all indoor public spaces, including private businesses.

The directive falls short of a mandate and there is no indication such an edict will be issued. Philadelphia was the first major city to to reinstate a mask mandate but rescinded the order just days later. Also, last week, St. Peter’s Health Partners again limited the number of visitors at its locations in the Capital District including Samaritan Rehabilitation and Samaritan Memorial and St. Peters hospitals.

Six Albany County residents have died from the virus in just over a week, according to County Executive Dan McCoy.

The spike in Albany County mirrors other places across the country and the world.

“My thoughts and prayers are with the families who lost loved ones to COVID complications,” McCoy said. “This virus continues to spread at a rapid rate, though the number of individuals in our hospitals is remaining relatively low and stable for now. I’m happy to see the percentage of people getting their booster shots growing quickly, which was down at 64.3 percent just three weeks ago.”

As of Friday, April 22, there were 24 county residents hospitalized with one in the ICU.

Among the eligible population, 69.2 percent have now received at least one booster shot in Albany County.

Homebound residents, which includes seniors, disabled individuals, those lacking childcare and those with other accessibility issues can get a vaccination delivered by calling (518) 447-7198.

SPOTTED: Colonie Little League opens season with a parade, a band and SouthPaw