Jane Ellen Bloom , a champion for refugees dies at 76 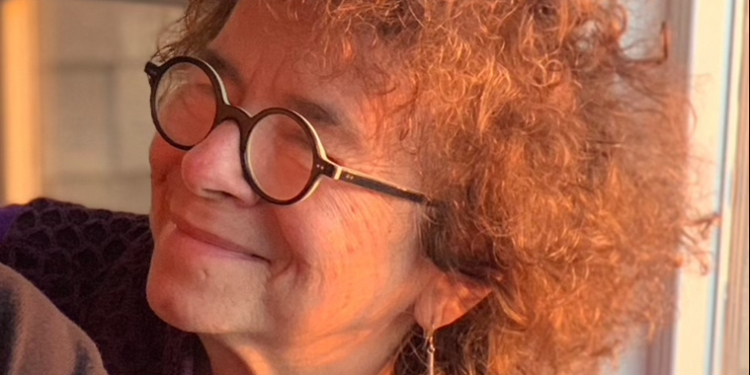 WASHINGTON, D.C. — Jane Ellen Bloom, 76, an activist for refugees, died March 11, 2022 in Washington, D.C. from injuries sustained following a senseless and tragic accident. She was dining outside with new friends from an online art class when an elderly driver crashed into her group, killing two and injuring many others.

The daughter of first-generation immigrants Harry and Helen, Jane was born in Brooklyn, New York in 1946. Her undergraduate studies were completed at New York University, followed by a Master of Social Work (MSW) at Syracuse University. Later in life (age 60) she obtained a masters degree in international public policy from Johns Hopkins’ School of Advanced International Studies (SAIS).

Jane, a 20 year resident of Bethlehem, was a humanitarian who worked to find creative solutions to benefit those in need. In her early career as a gerontologist, she was the head of public policy for the Council on Aging in Washington, D.C., deputy director of Catholic Charities, and supported New Orleans’ council on aging. In the 1990s, she wrote a book on Amerasian youth in the U.S., conducted a study on fundraising for AIDS projects in New York City, created public-private partnerships, and was president of Bethlehem Senior Projects, Inc., a non-profit which partners with the Town of Bethlehem’s Senior Services Department.

She spearheaded the fundraising efforts for a handicapped-accessible senior citizens van for the town of Bethlehem. “Jane acted as an advocate for a wide range of issues when she was on the board,” said then Bethlehem Senior Services director Karen Pellettier to the Spotlight in 1993. Buoyed by the outpouring of support for the van, Jane explained in that Spotlight article: “The response from the community was incredible…This town is wide open in the sense that you can accomplish anything. There are no barriers.” Bethlehem now has a fleet of vans for the elderly.

She generously gave her time and expertise to benefit many people, and won the Key Bank volunteerism award for the eastern region (Albany to Buffalo) in 1993. She volunteered on the board of The Eddy and the Senior Service Centers of Albany, was an officer on the New York State Museum Institutes’ board of trustees, was selected to serve in the “Capital Leadership” program with engaged community leaders from across the Albany-Colonie region, and was a founding member of the Brain Tumor Society. Her grant writing and advocacy yielded senior housing in the Albany community. Another grant provided the opportunity for Bethlehem elementary school students to develop an opera, from writing to performance, with the Lake George Opera Company. She was a favorite volunteer makeup artist at her son’s theater performances at the middle and high school. In recent years, she was on the advisory board of Syracuse University’s Falk College.

Her later professional work focused on refugee resettlement, advocacy and policy. Amy Slaughter, a colleague, recently described Jane as “a force of nature, so exuberant, passionate and charismatic.” Jane founded Refugee Works, which became a training and technical assistance agency of the U.S. Office of Refugee Resettlement. During her 12 years at the International Catholic Migration Commission (ICMC), an international Geneva-based NGO specializing in the migration and refugee arena, Jane shaped refugee policy on issues such as child protection, resettlement, trafficking, gender based violence (GBV), and religious freedom. She was selected as a delegate on missions with the United Nations High Commissioner for Refugees (UNHCR) and the U.S. Catholic Bishop delegations, including Central America, Syria, Jordan, and Lebanon. She served on international working groups (the United Nation’s (UN) Urban Refugee Task Team, the Maritime Trafficking Advisory Group, and the UN’s GBV Strategic Planning Team) and was the keynote speaker at two UN International Migrant Day commemorations. Although she retired in 2018, she continued to train, guest lecture at Syracuse University, and was still active in critical refugee policy matters until her untimely passing.

Jane was remembered in a virtual ceremony on March 19, 2022. As her dear colleague and friend, Rev. Deborah Hafner DeWinter, shared during the memorial service: “Jane’s whole life – as gerontologist, refugee advocate, daughter, mother, grandmother and friend – spoke to her deep capacity for feeling compassion and sharing love.”

She will be missed by family, friends, and colleagues around the world. She leaves behind her daughter Rebecca Best, son-in-law Robert Best, and granddaughter Ella Best, of Washington, D.C., and son Joshua Bloom, daughter-in-law Anna Bellomo, and granddaughters Claudia and Sofia Bloom, of Berkeley, CA; many cousins, colleagues, and friends; and a legacy of reaching out to help others locally and globally.

The family would appreciate a donation in her name to the U.S. Committee for Refugees and Immigrants to support refugees at https://refugees.org/donate/, or to the National Brain Tumor Society at https://nbtsevents.braintumor.org/janebloom (or mail checks to NBTS at 55 Chapel Street, Suite 200, Newton, MA 02458), or to the Jane Rockberger Bloom Social Work Scholarship for students at Syracuse University’s Falk College who wish to pursue careers in the refugee/migration arena at www.givetosu.syr.edu/JaneBloom (or mail checks payable to Syracuse University, attn: Assistant Dean Salanger, 427 White Hall, Syracuse, NY 13244 and note the specific scholarship fund). Please email [email protected] if you would like to share a memory or leave an online condolence with her family.