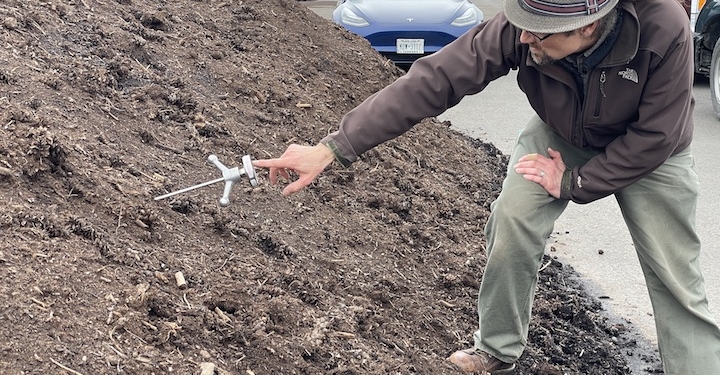 It’s the only municipal food scraps composting facility in the Capital District. It’s also the largest composting operation in the region and one of the largest in the state.

The Feura Bush Road facility is frequently upheld as a model by other municipalities and was selected by the state Department of Environmental Conservation to host the 2022 New York State Organics Summit facility tour.

According to a statement released by VanLuven’s office last week, the town transforms about 2 million cubic feet of yard waste into compost and mulch for landscaping and gardening, farming and topsoil production – thus turning waste into beneficial products for residents and businesses and revenue for the town, all while building healthy soils and reducing greenhouse gas emissions in our fight against climate change.