SPOTTED: Colonie goes to 2-0 after shutting out Guilderland 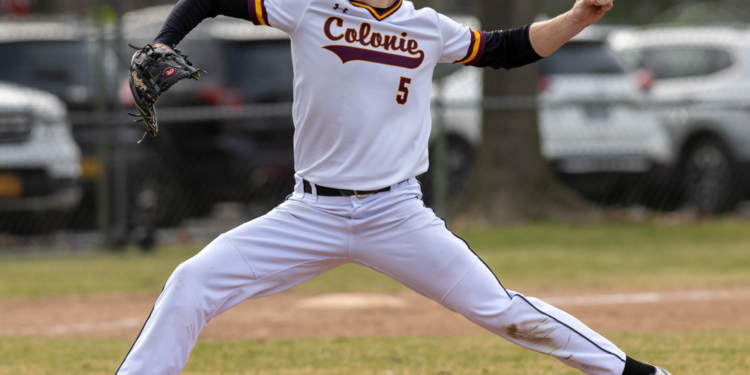 COLONIE — The Garnett Raiders scored four runs in the first and Sam Falace threw six innings of shut-out baseball to beat Guilderland 6-0 in a Suburban Council matchup at Cook Park.

Colonie added a run in the fifth on a deep home run to right center by Jesus Sarda and another in the sixth on a dinger by Falace.

Daniel Barbero went 3 for 4 with a double and a run scored to lead the offense for Colonie, which won their second Suburban Council game in a row to go 2-0. Sarda went 2 for 3 with an RBI and two runs scored and Zach Ashline went 2 for 3 with two RBIs. Deven Small and Josh Slater added hits in the win.

Guilderland had just three hits on the day with Nicholas Plue going 2 for 3 and Aidan Chrysler adding a single.

Cole Miller went four and two-thirds and gave up five runs on eight hits while striking out two and walking four. Samuel Shah pitched an inning and third, giving up a run on one hit.

Guilderland will host Schenectady on Friday, April 8 and play at Saratoga on Monday, April 11.

Colonie will play at Ballston Spa on Friday, April 8, and host CBA on Wednesday April 13.